A young woman from Benue State identified as Pauline Ogbeche, was killed in a road accident in Ajah area of Lagos.

Her brother, Ogbeche Michael said the accident occurred in the early hours of Tuesday, September 27, 2022, when some yet-to-be identified guys were engaged in car racing.

According to Michael, one of the drivers rammed his car into a coaster bus conveying his sister, some actors and crew members to their hotel.

The bus somersaulted. Pauline, who was asleep, was thrown from the vehicle. She landed on the road and died.

“On a sad note we lost Pauline (my sister) in the early hours of Tuesday. Some evil guys doing a race on the side of the road to Ajah, one of their cars flew to the the lane where the coaster bus was and hit it bad causing the bus carrying crew and actors to their hotel to somersaulted in the process,” he wrote.

“Pauline was sleeping. She was thrown out of the bus through the glass window and only God knows how and where she landed.

“5 female sisters,,, now left with 2. God will keep them for me. Posting can’t solve anything. Only prayer and mourn with us.

“And by the special grace of God we the family of Late Miss Paulina Ogbeche will follow her corps down to her father’s house Benue state as early as possible on Friday after wake keeping on Thursday evening for final interment.

“I really appreciate the calls and messages I’ve been receiving from lovers since the incident.” 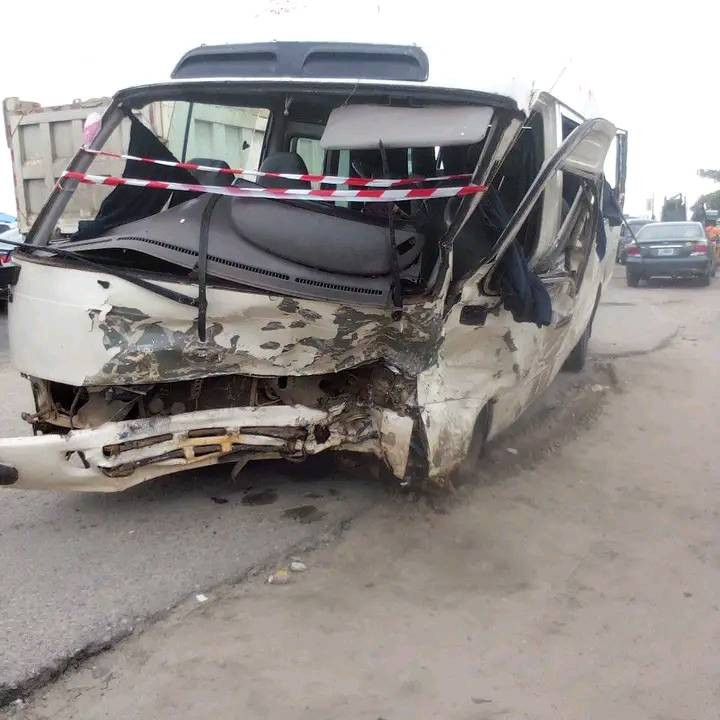 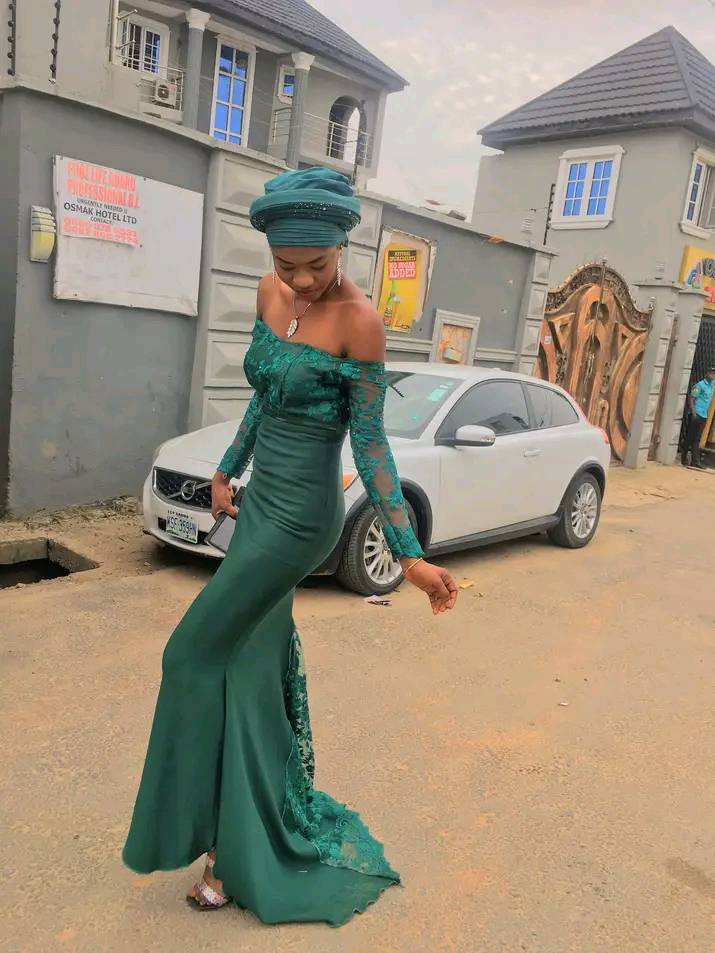 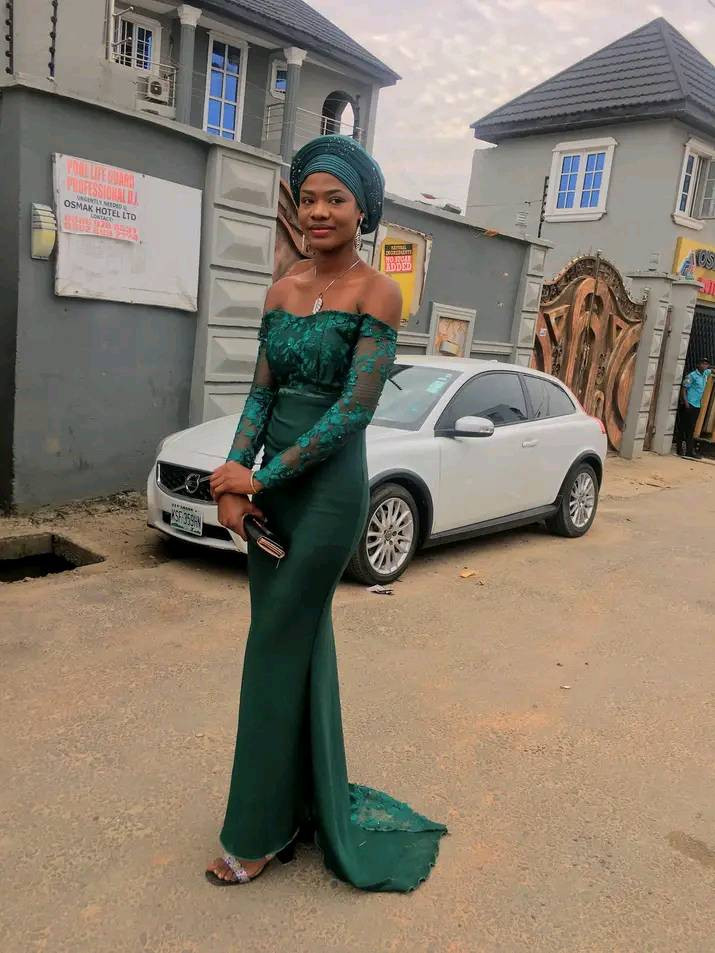 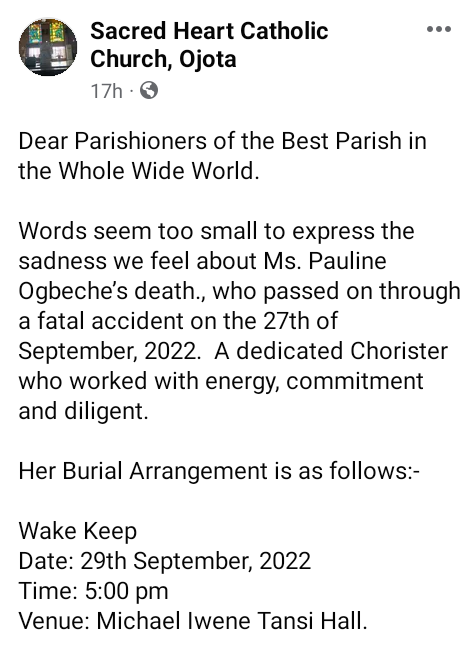 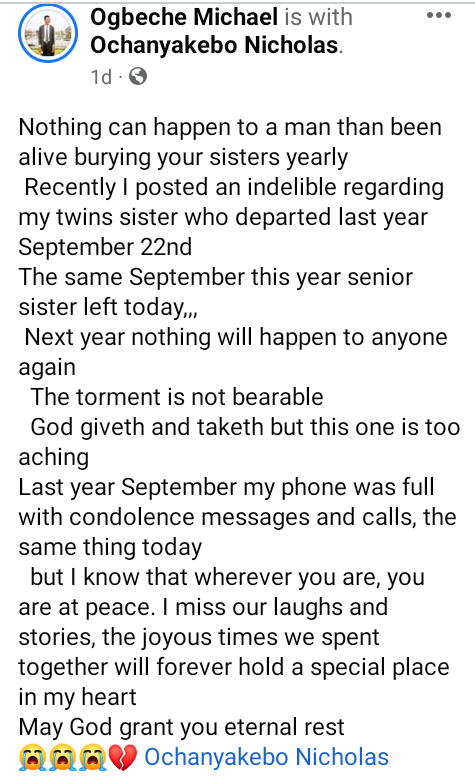 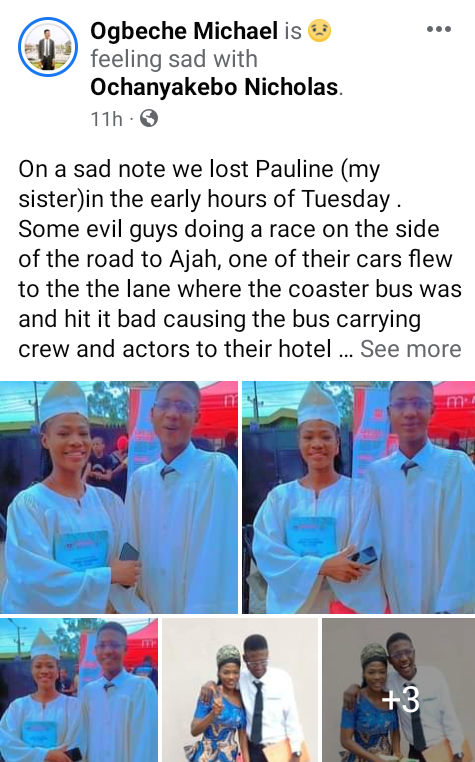 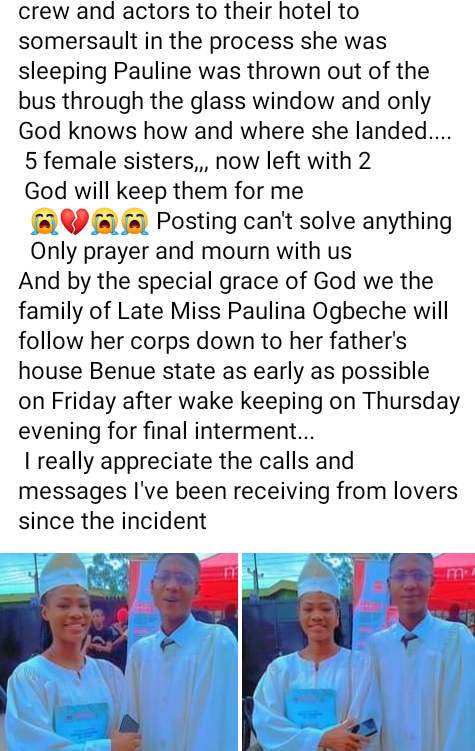 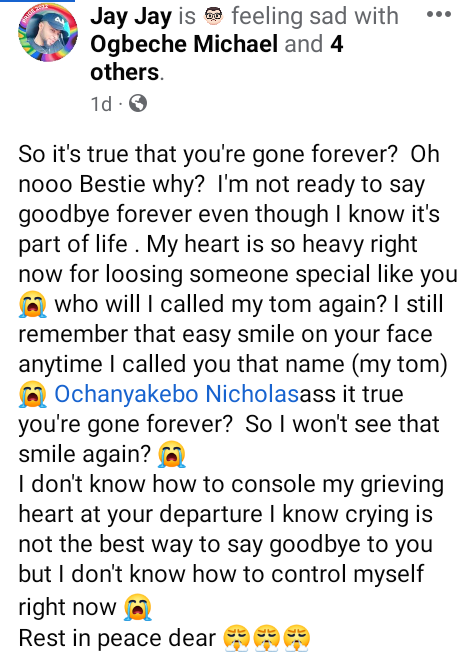