A Nigerian man has been left heartbroken after his girlfriend of two years, Chioma, whom he says he showed so much kindness to while they were together, broke up with him via Whatsapp.

According to the details on the screenshots of their chats which has gone viral, the man met and started a relationship with Chioma who comes from a poor background. To prove his love for her, he showed her and her family members so much kindness. While they were dating, he paid for Chioma’s mother’s hospital bills and also helped her brother to get a job.

Apparently, Chioma was never in love with him even with his immense acts of kindness and she summoned the courage to tell him and thereafter broke up with him. She was remorseful and apologized for ”using” him for her and her family’s gains. She says she doesn’t want to continue living a lie, hence her decision to call off their relationship

The man while reacting, said he felt used and played. He prayed for Chioma that no one will do to her what she’s done to him.

Read their chat below 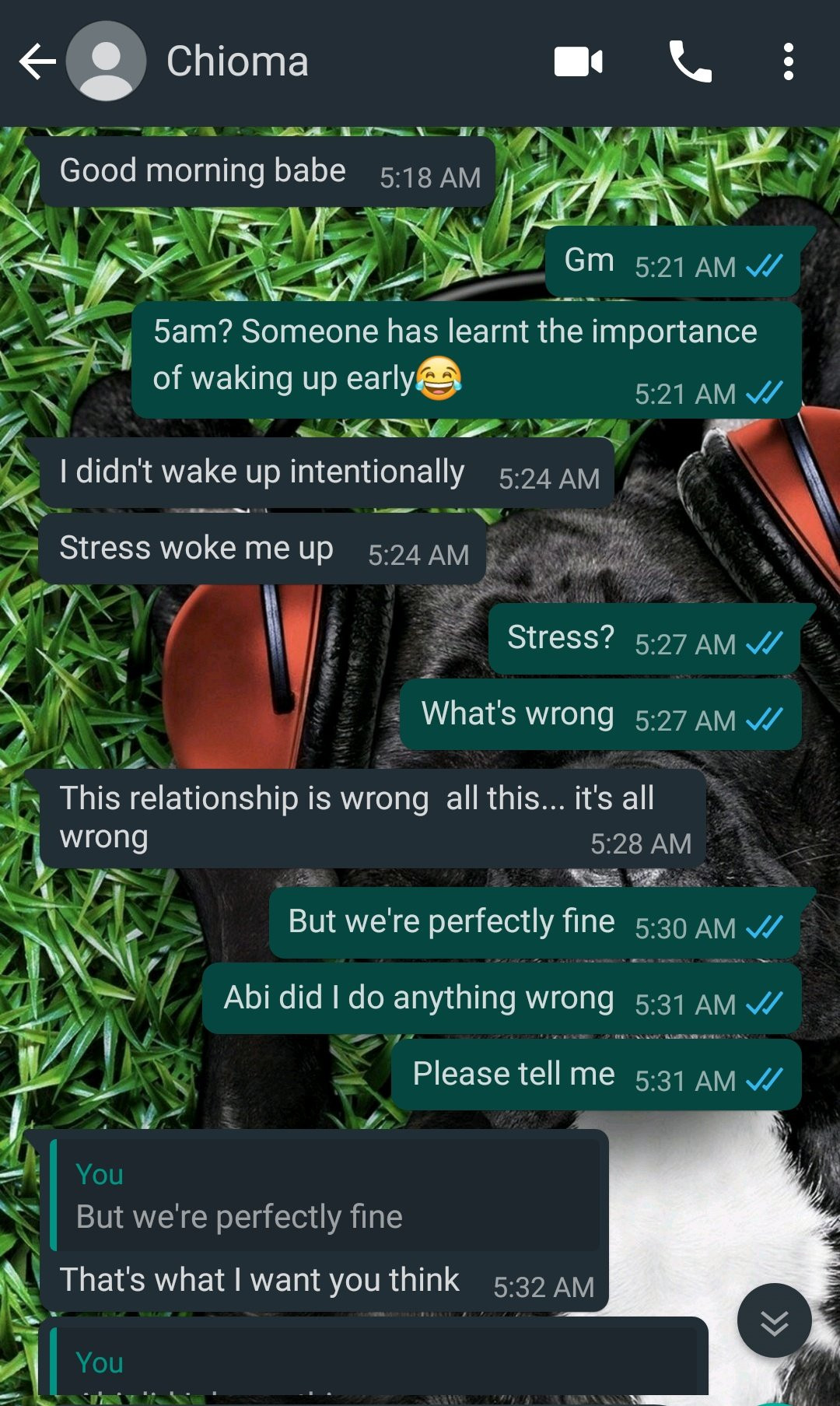 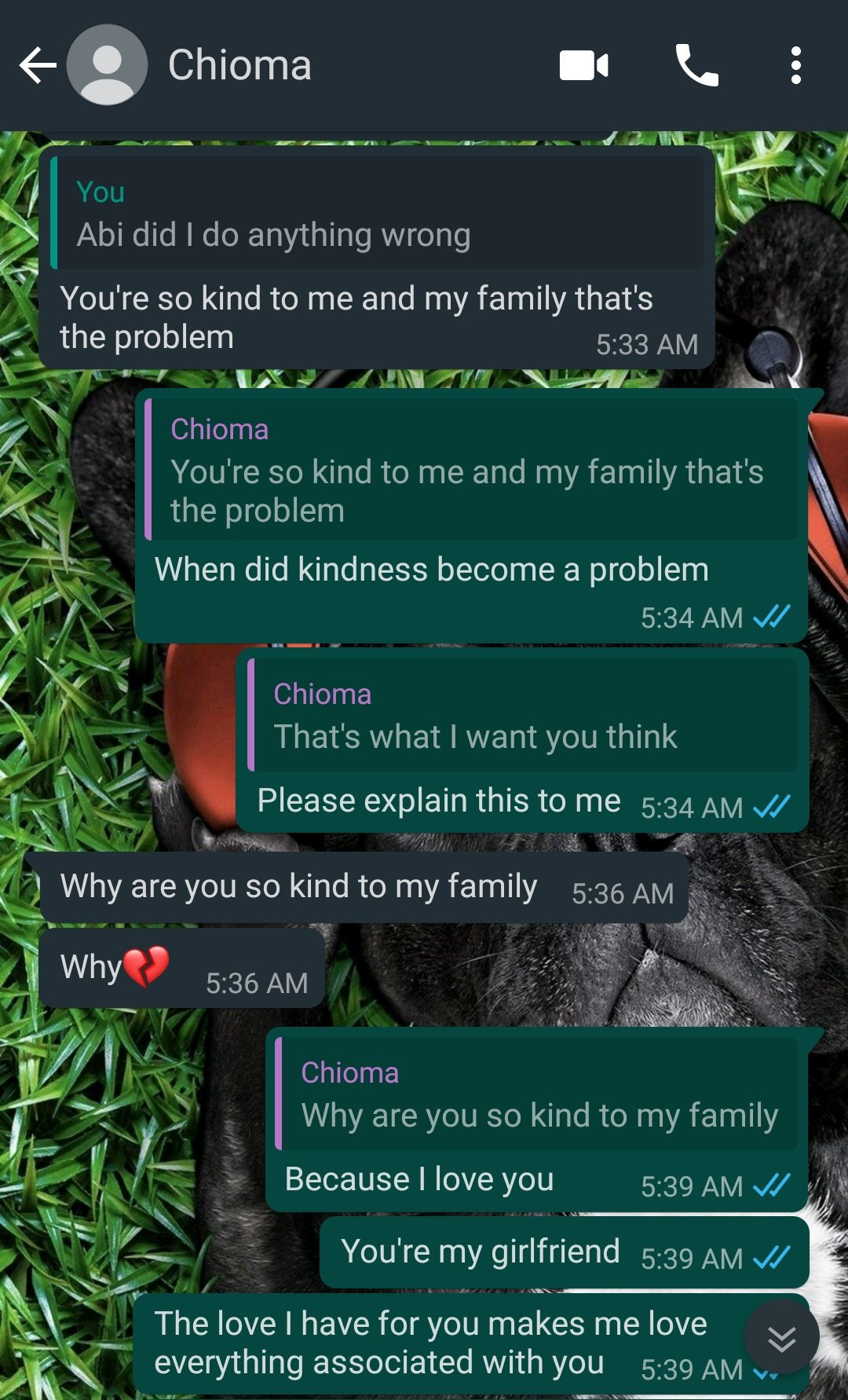 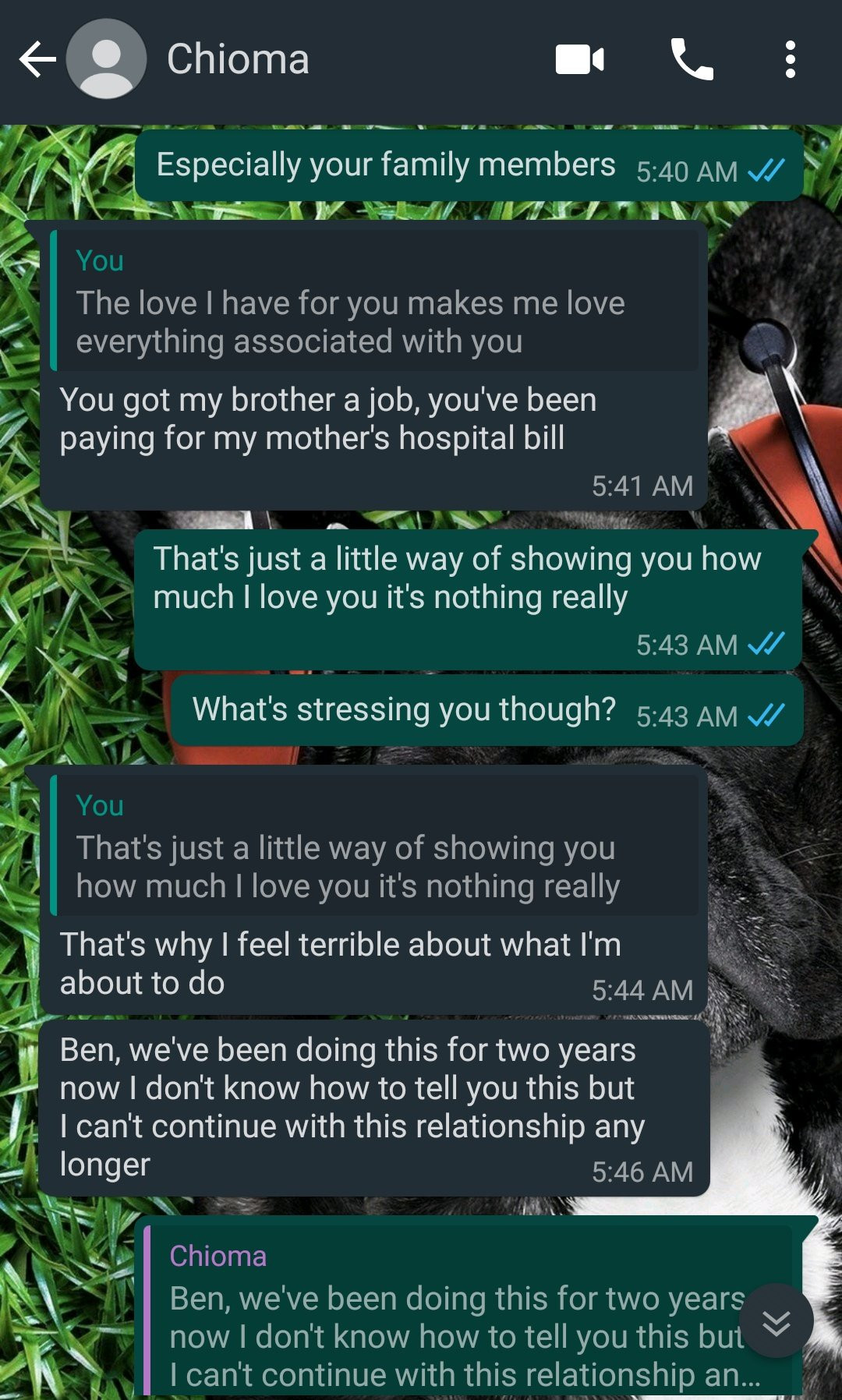 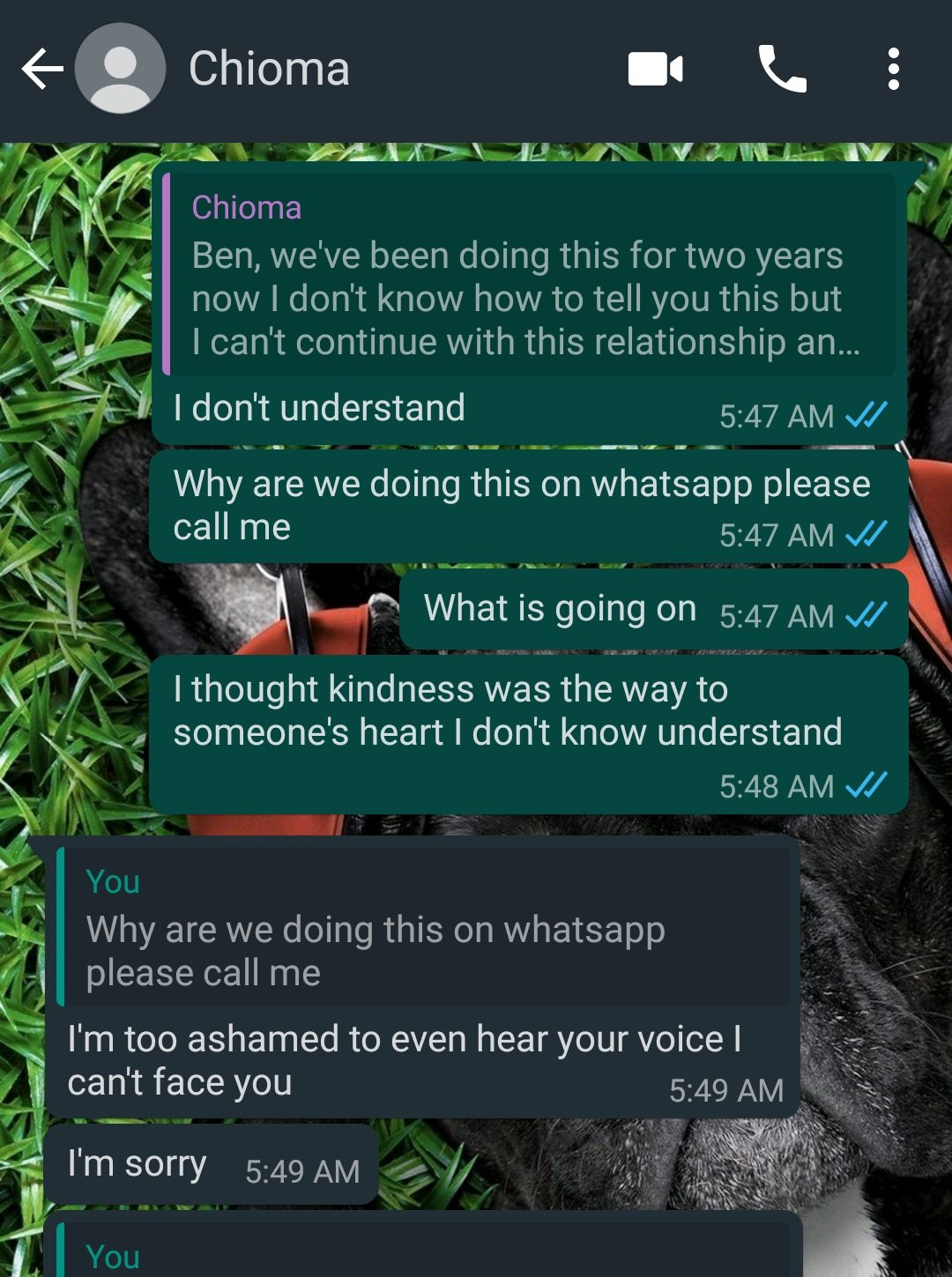 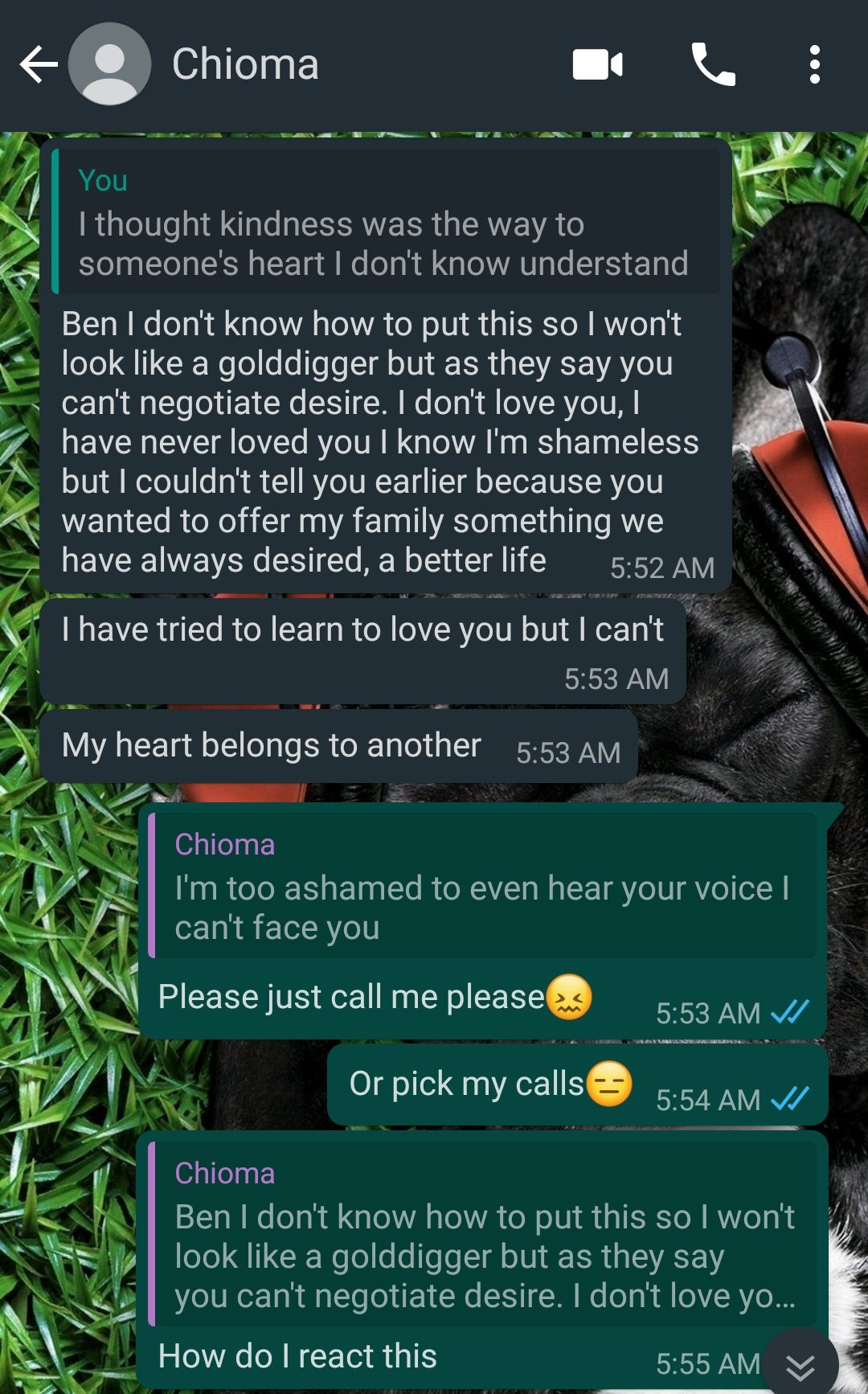 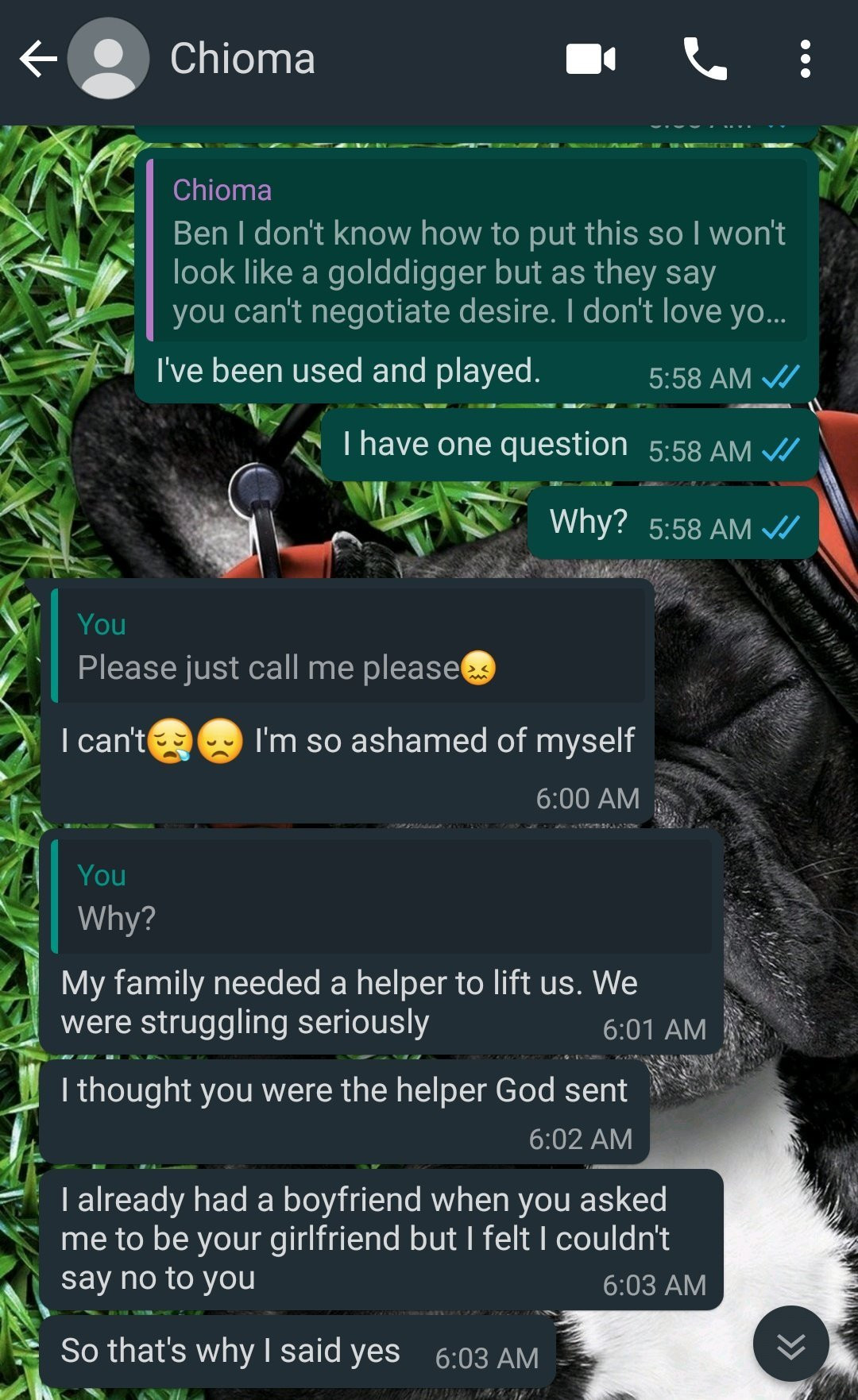 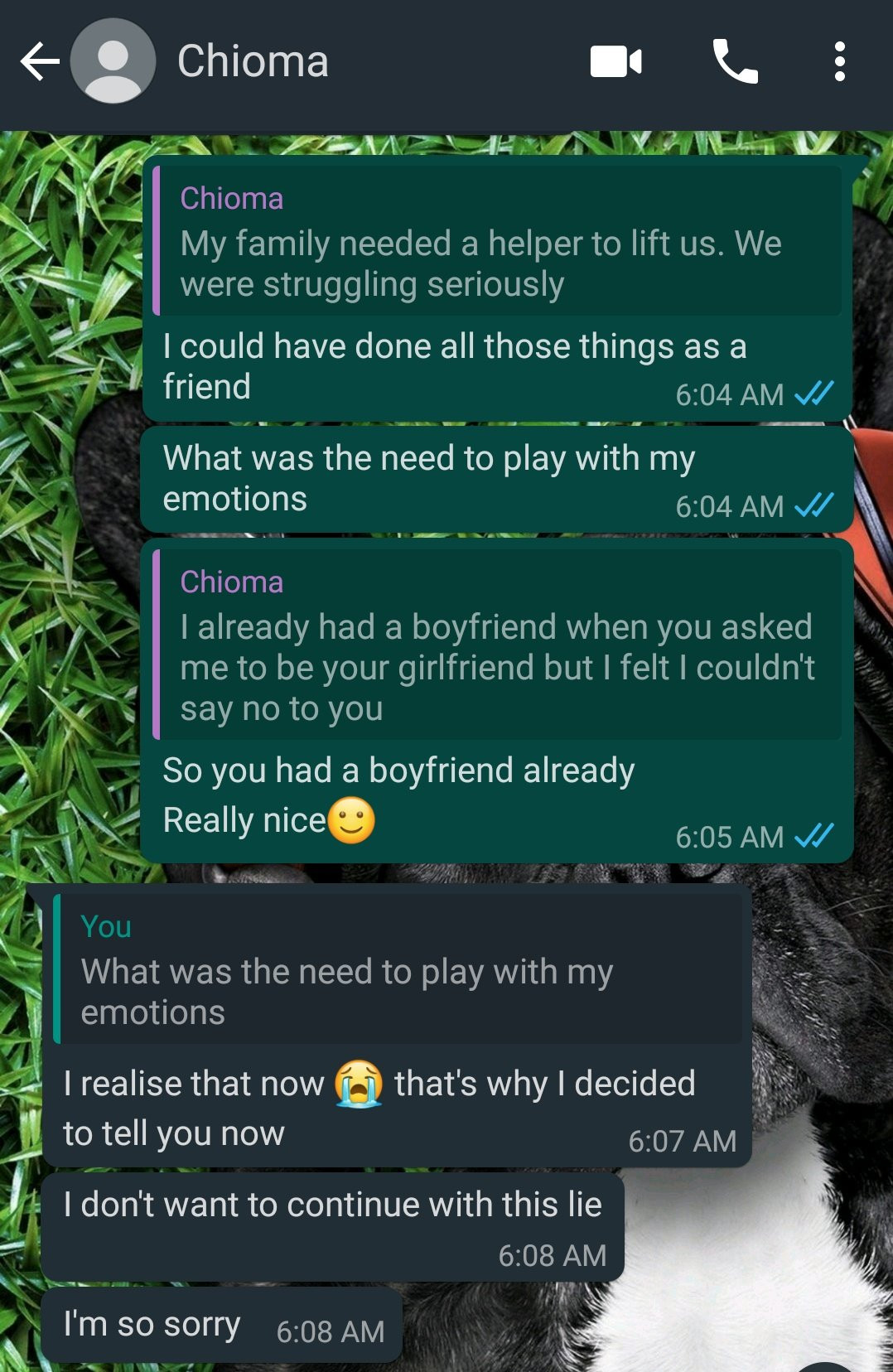 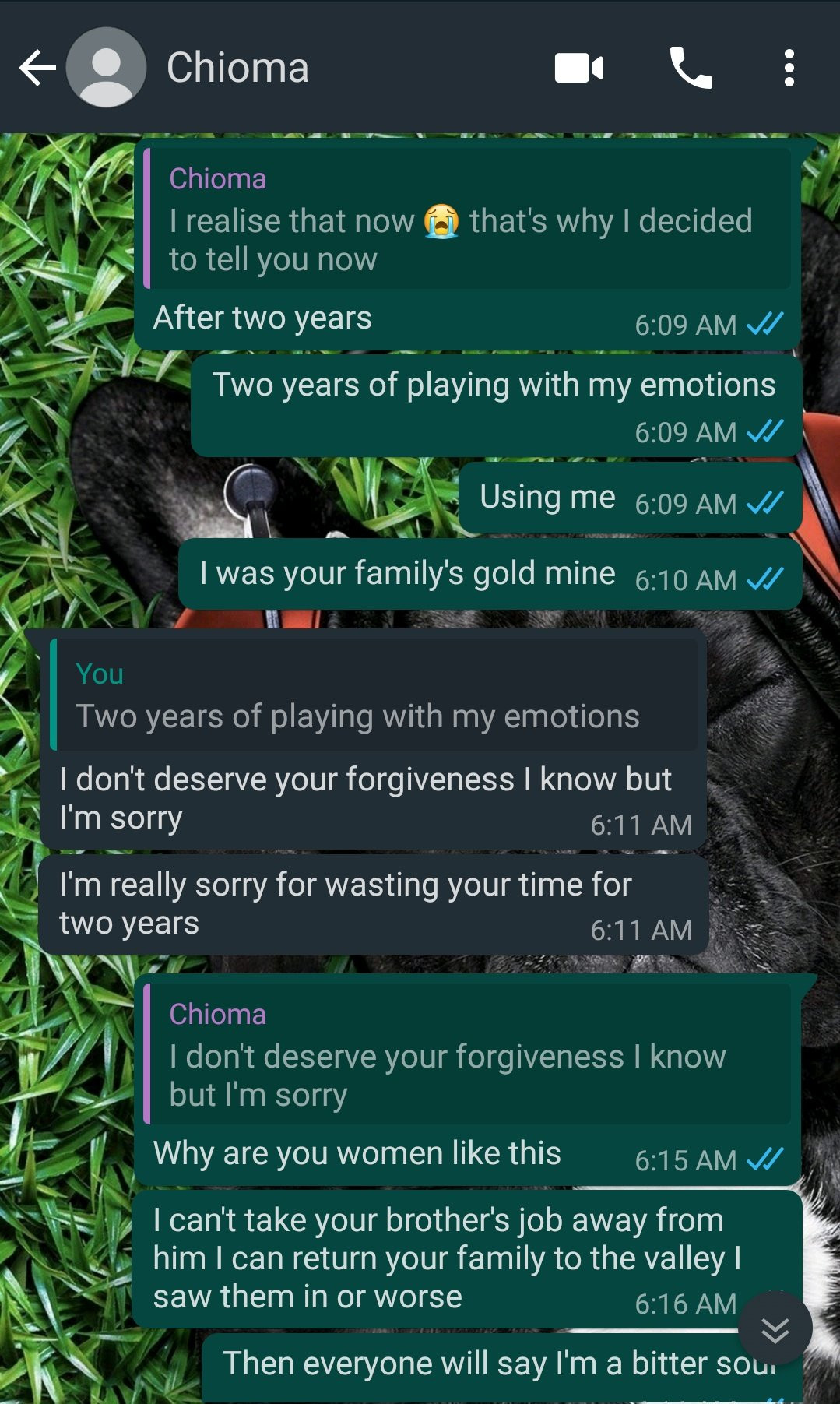 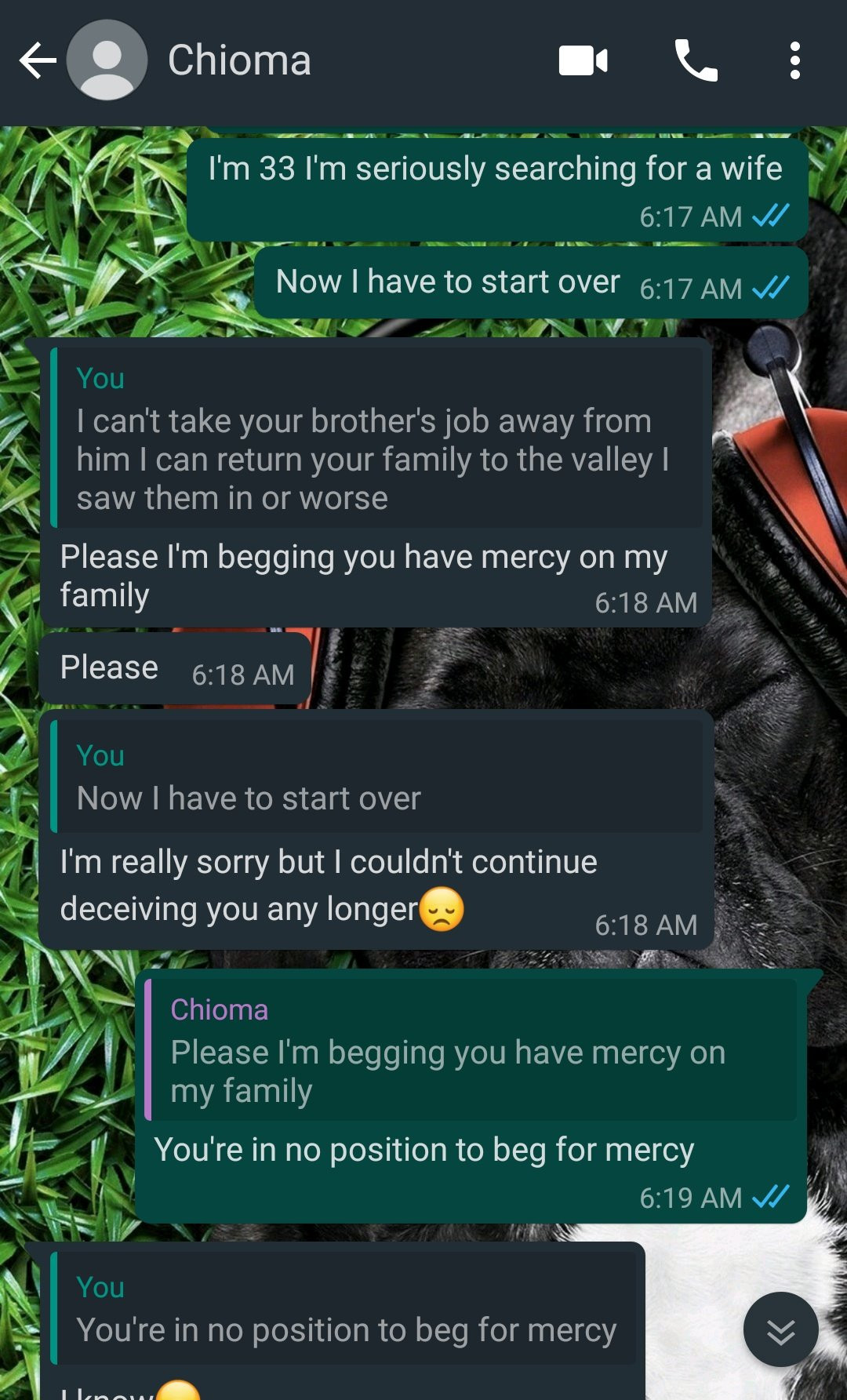 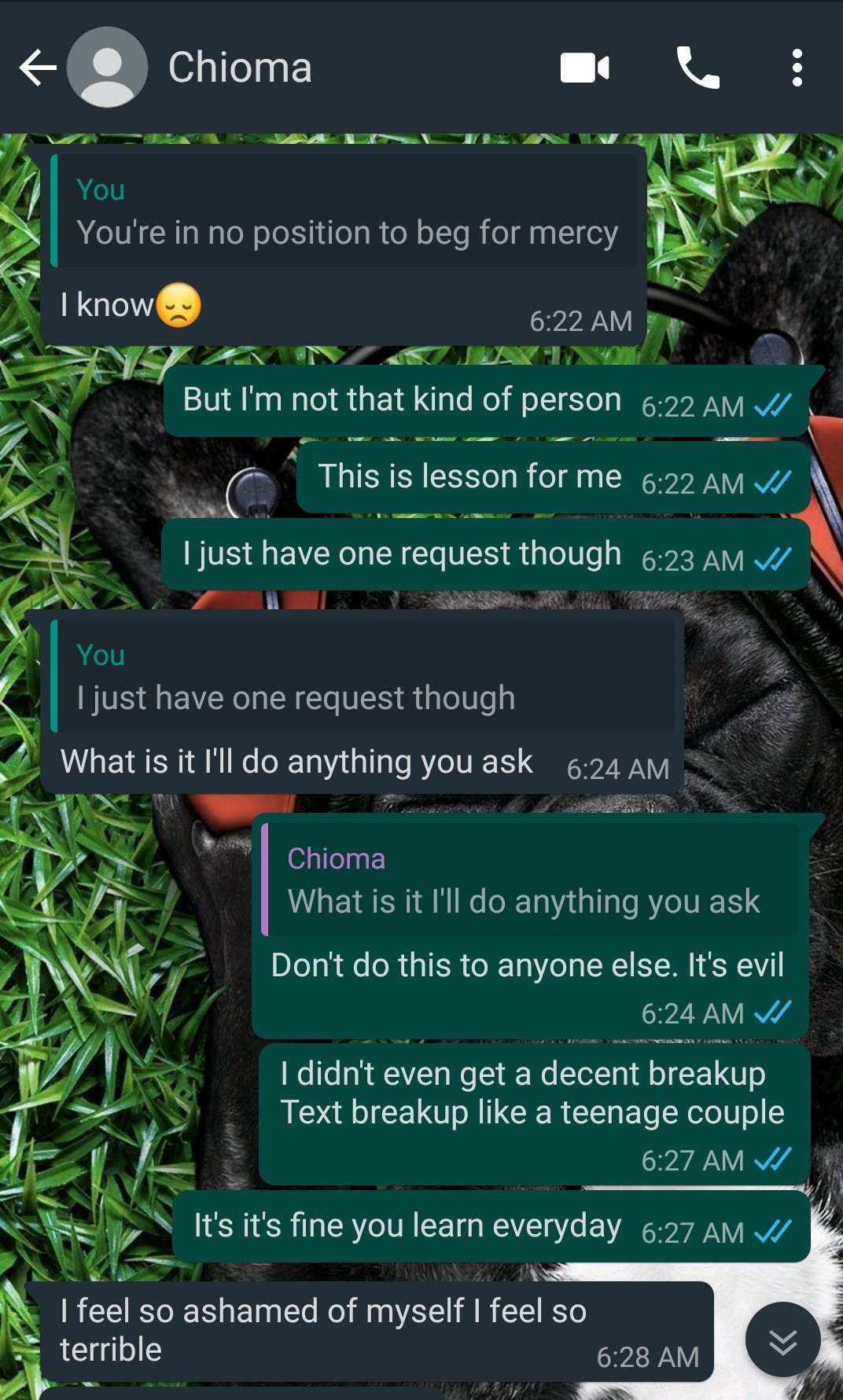 “Today Is The First Time I Made Love To My Boyfriend.. His D**k Is Big” – Nigerian Lady Says As She Shares Photos On Facebook (Photos)
‘The Chemistry Is Becoming Stronger’ Reactions As Regina Daniels ex Somadina Shares A Wedding Picture Of Him And Chisom Steve (Photos)
To Top
Open