There was mild drama between a man and a young lady recently in Awka, Anambra state capital and the cause of their hullabaloo originated from money. 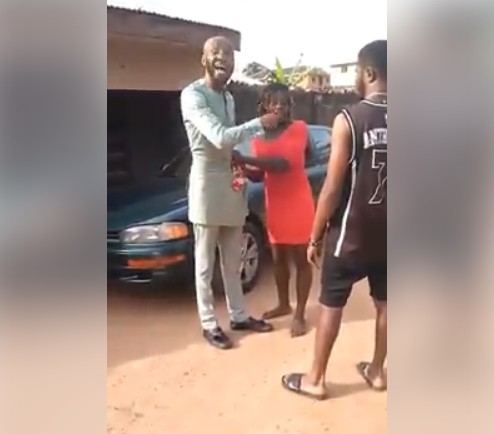 According to the lady, she and the man had agreed on a fee of N5000 for services rendered – only for him to back down when he was supposed to pay. 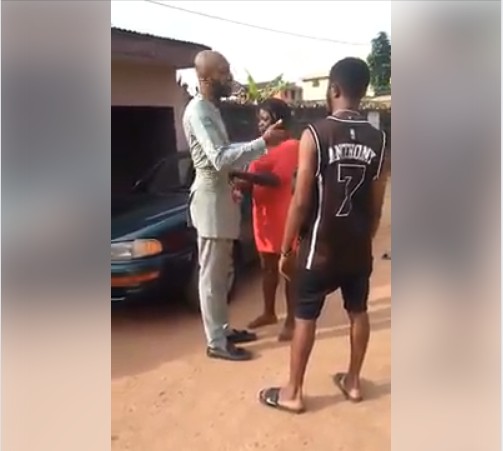 The lady held his cloth in public while asking him to pay her – in spite of threats from the man to beat her, she insisted on collecting her payment from him. 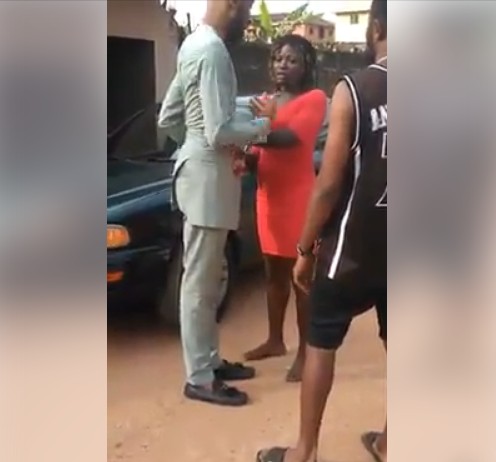 The incident caught the attention of passersby who tried to intervene in the matter.

True Love : Bride rides with her groom on a motorcycle on their Wedding Day (Video)
Age Is Just A Number – 26 Years Old Nigerian Man Says As He Wed His 86 Years Old American Lover In Church (Photos)
To Top
Open