A man on facebook name withheld recently posted the picture of his child and he’s really in pains and grief as he doubts if he’s the true father of the child he’s wife just recently gave birth to.

According to him he said the child is too ugly to be his and he doesn’t wanna accept that’s the result of his wife pregnancy as he doubts his wife had an affair outside that brought about this child and he threatened not to settle the bills from the hospital. 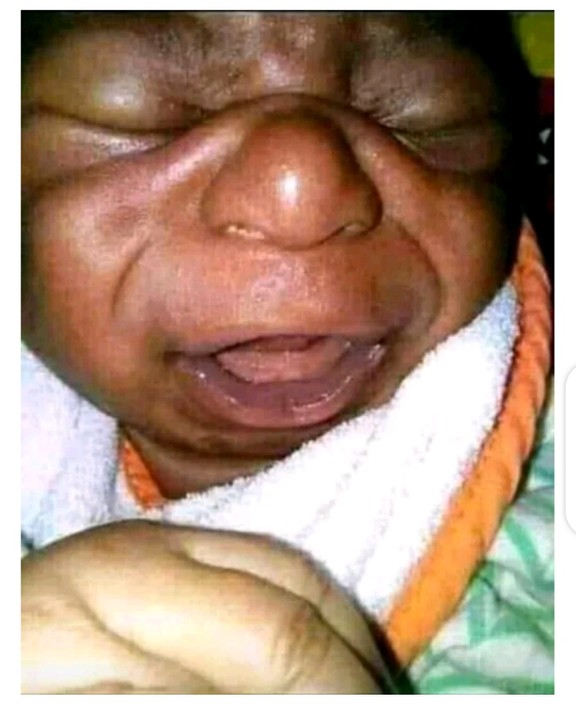 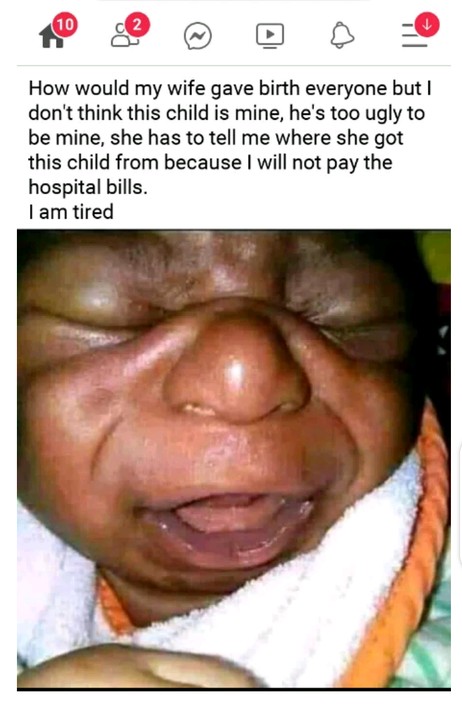 Do You Think He’s Right?