A video which emerged on social media captured the moment a man was seen fixing DStv for one of his customers on his own wedding day. 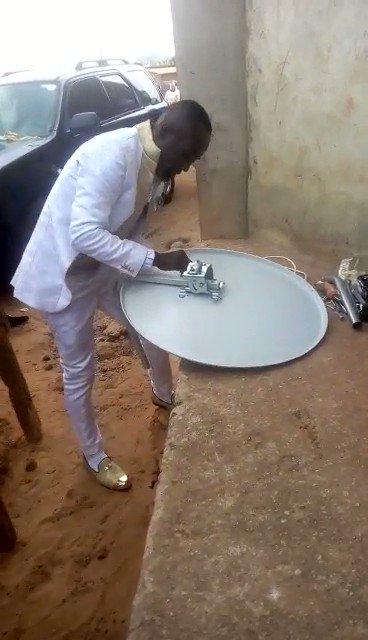 The eye-popping video was posted by a lady identified as Yaa Melanin who was surprised by the incident and decided to share the footage.

In the video, the groom was seen fixing the different parts of the gadget as quickly as he could so he could go join his bride in church. The man’s dedication to his work amazed so many people as they gathered to witness his courageous act.

My Death is close, I have 5 years to live, already lived one — Popular Nollywood actress reveals (Video)
Frustrated Nigerian lady cries out over inability to find a husband, says “I Give Up (Video)
To Top
Open