A Nigerian woman has shown off her wife-material credentials after sharing a photo of chicken stew she made with just N400. 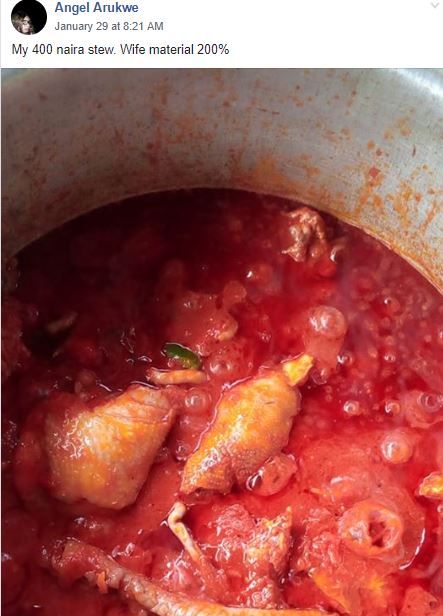 The chicken stew
A woman has been hailed on social media after she showed off a chicken stew she cooked with just N400.
The woman identified as Angel Arukwe has been questioned by some who commented on her post how she achieved such feat. She has also been criticized by some folks who accused her of trying to get social media fame with lies.
Some of the commenters said it could only be possible if the woman used a local fowl, which normally she wouldn’t have bought. Then bought stew ingredients to make her claim possible. 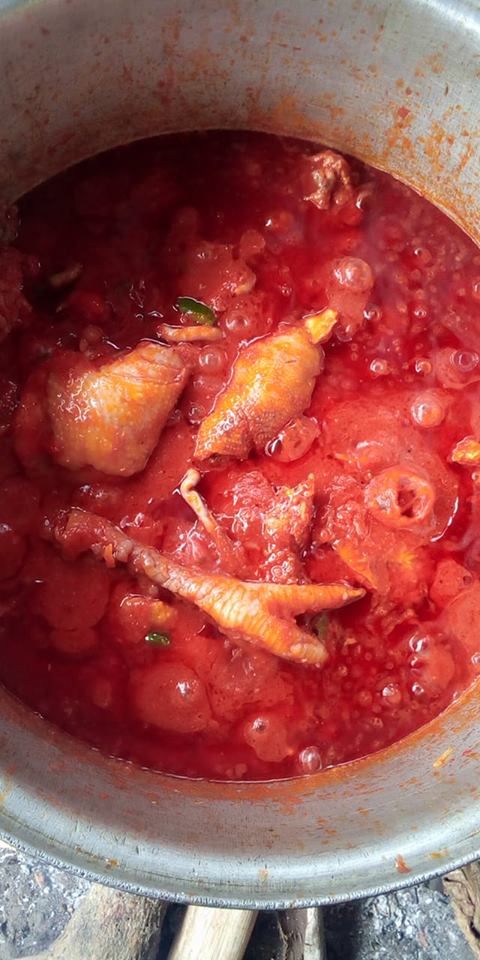 She shared the photo and wrote: “My 400 naira stew. Wife material 200%”
See comments below: 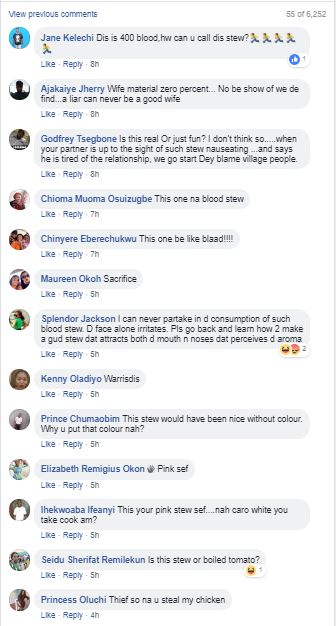 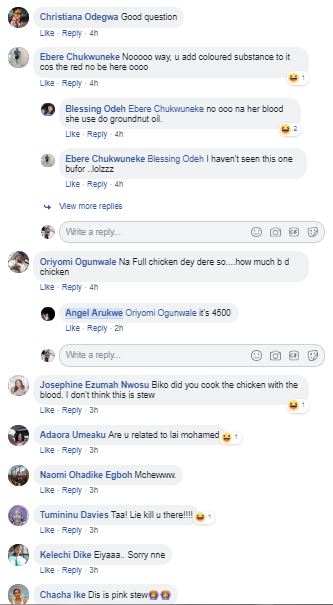 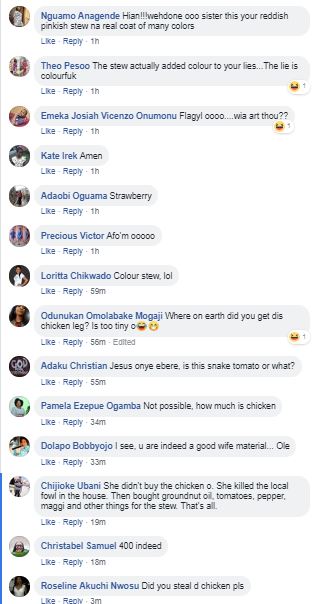