A man Nigerian man has taken to Twitter to share photos of the disgusting sores growing around his mouth after he performed oral sex on a woman.

The Twitter user, @Kandiwapa11 explained via his Twitter handle, that after he performed oral sex on a woman, sores started growing around his mouth and he got sick for three days. 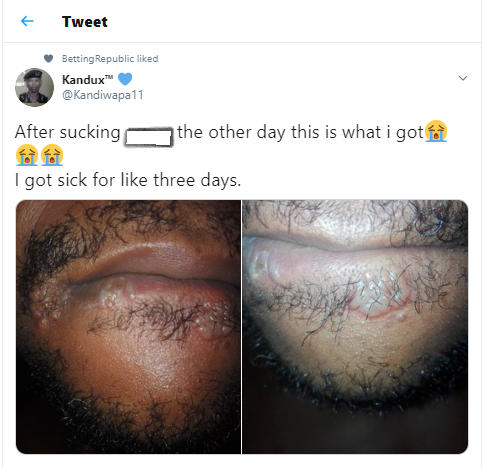 Some Twitter users who reacted to the photos, said it was herpes infection and advised the man to quickly see a doctor. 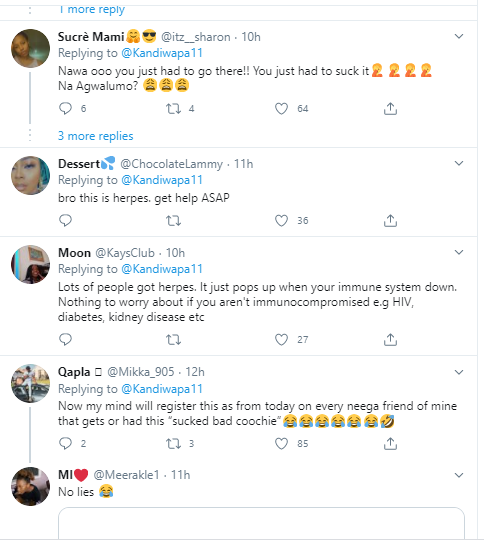 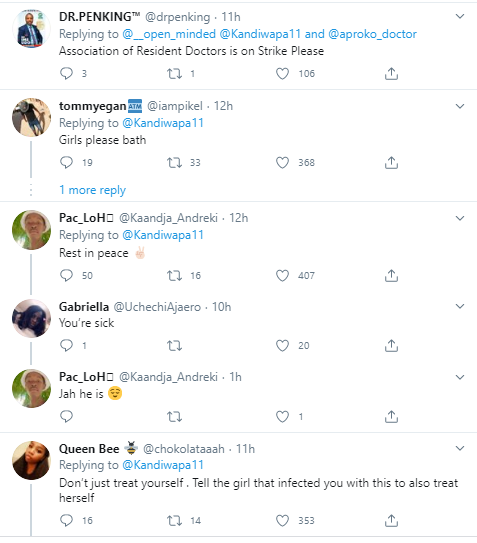 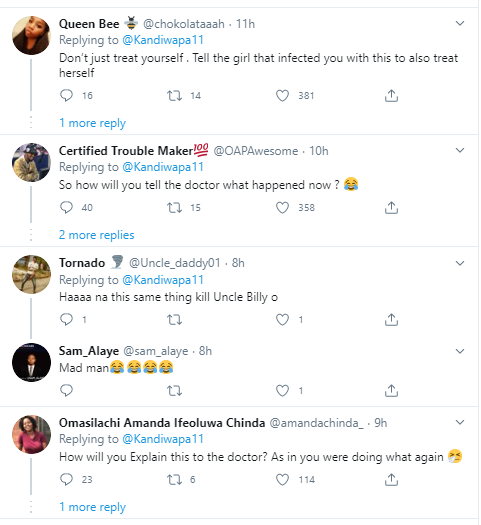 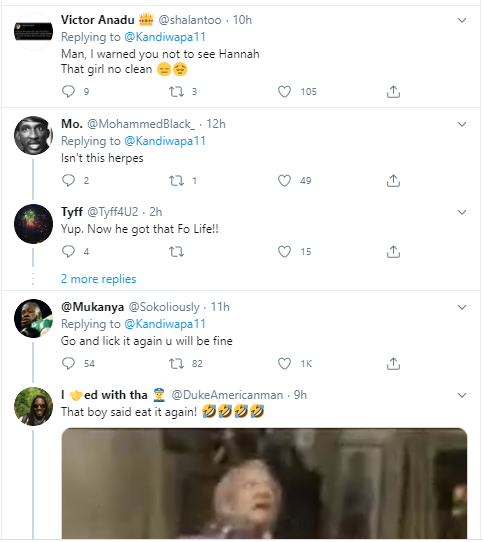 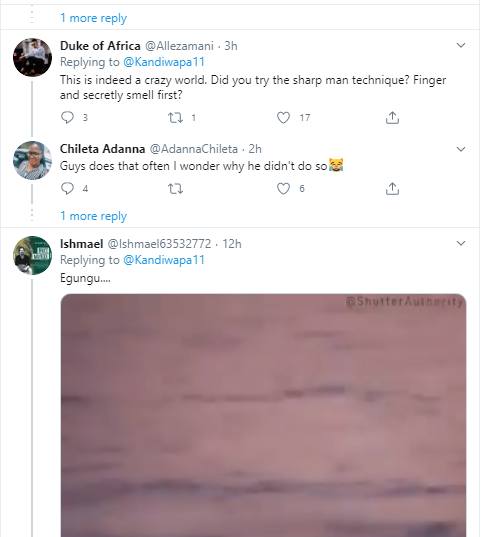