The curvy rapper triggered speculations among fans about a possible relationship with the Afrobeats star after she shared their loved-up photo in bed on social media.

In the now-deleted photo shared on her Instagram story, Diamond could be seen naked in bed with a man whose face wasn’t visible in the picture. But his tattoos match that of Burna Boy.

Sharing the photos, the rapper revealed that the Grammy award-winning singer told her that he feels safer with her.

“He says he feel safer over here…..” she wrote. 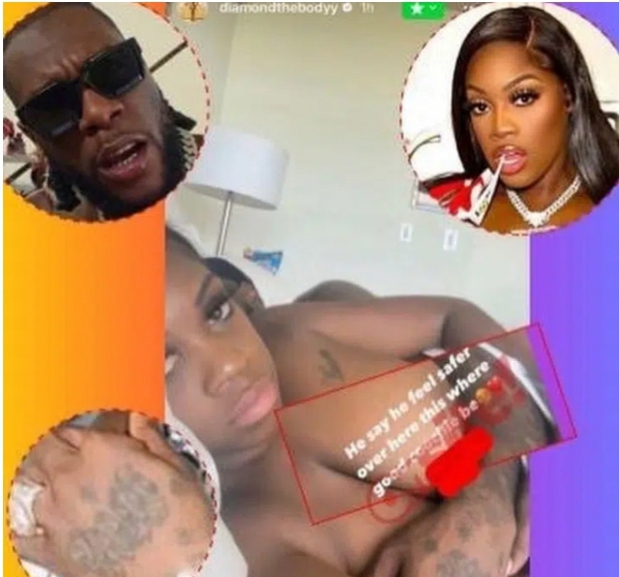 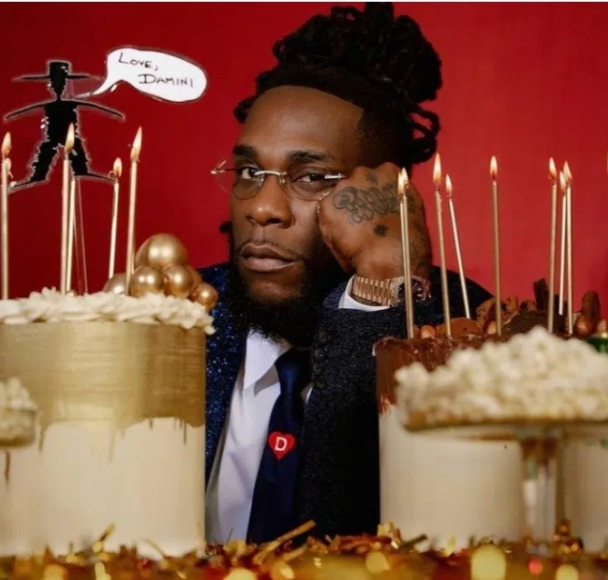 Hours after the picture went viral, netizens stormed Diamond’s page to criticize her, while some praised and described her as the Burna Boy’s wife.

Surprisingly, Diamond took the time to reply to many of them. The curvy beauty commented with several hearts and laughing emojis. 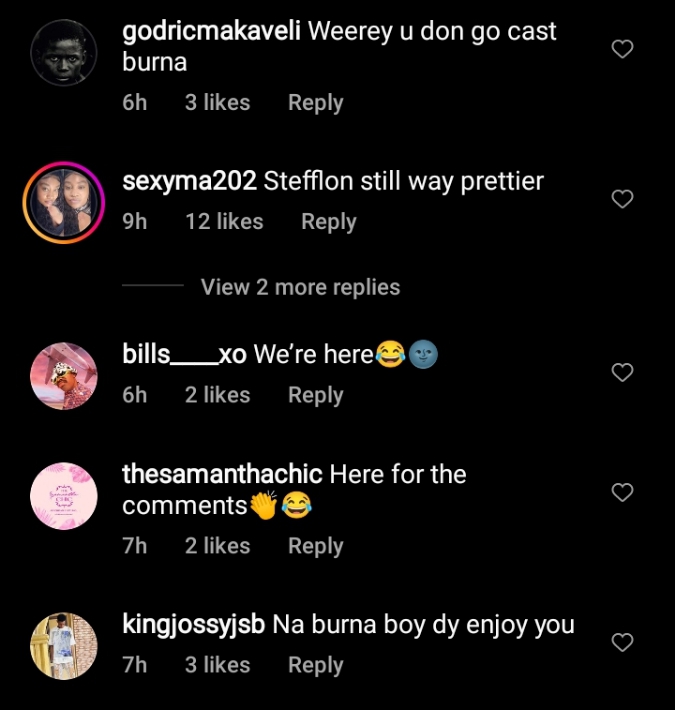 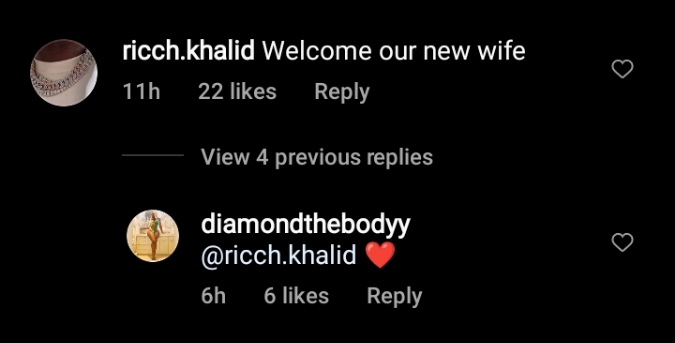 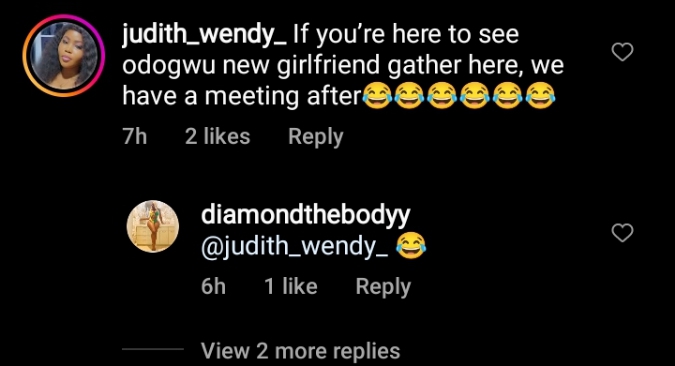 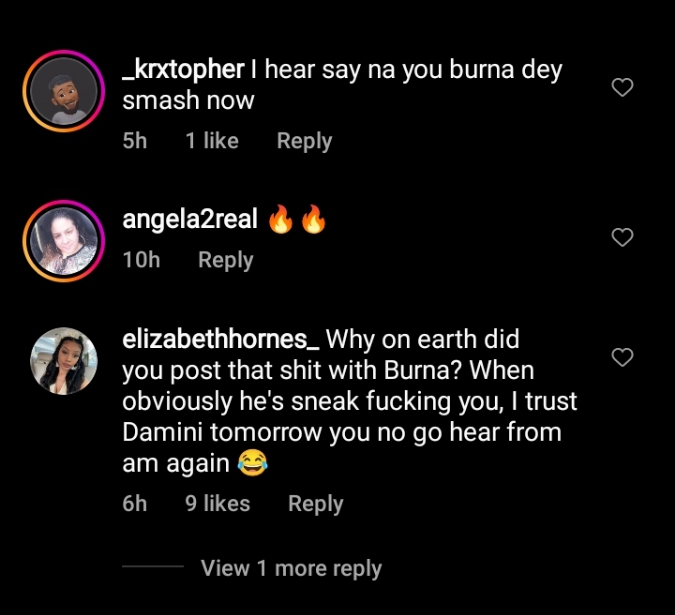