A pastor’s move to engage a young lady during church service in Ekiti has stirred drama and confusion. 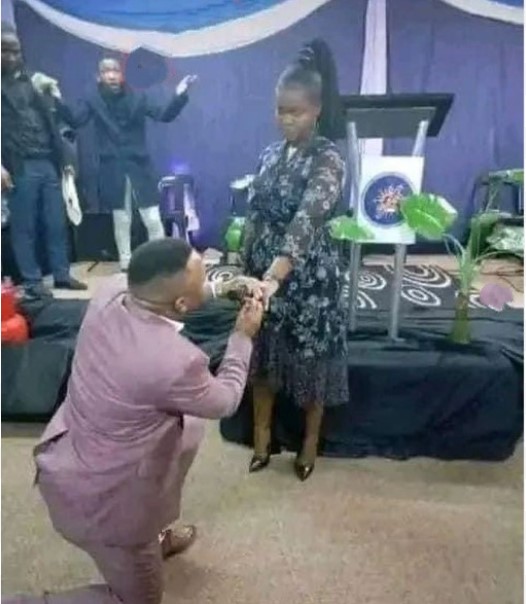 The senior pastor allegedly dropped to one knee to propose marriage to the girlfriend of his junior pastor and it raised eyebrows among the churchgoers.

The woman in question reportedly dated both the assistant pastor and the senior pastor, but none of them was aware of the other.

Sources also claim that the lady was also the choir mistress of the church.

The clergyman wanted to surprise her by popping the question to her during a church event, but the assistant was there.

He asked for her hand in marriage by getting down on one knee and pulling a ring out of his pocket. She nodded in agreement and held out her hand for the senior priest to place the ring. 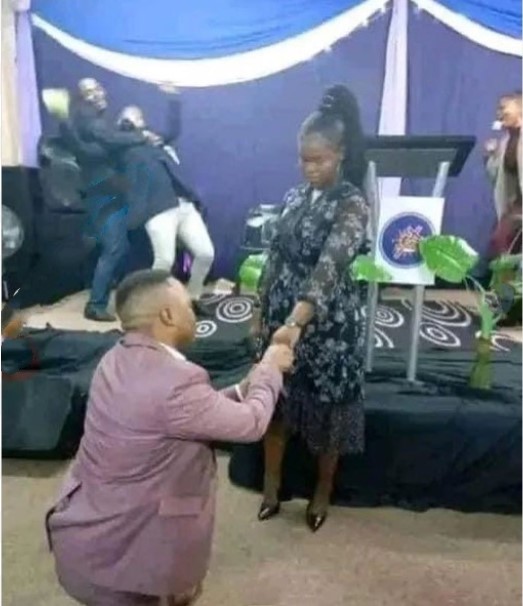 The assistant cleric collapsed on the pulpit as he saw her accept the proposal. Later, after being revived by a few men, the senior pastor learned what had caused the man to pass out.

My Mother beats me a lot & I wonder if gave birth to me – Mercy Johnson’s First Child, Purity cries out (Video)
Nigerian lady shares CCTV footages of her househelp giving her 2-year-old son shiit to eat (Video)
To Top
Open