A Nigerian lady was utterly disappointed after her boyfriend surprised her with a second-hand car on her birthday.

The young man, who claimed to have been saving up for a while for the surprise, bought a used automobile and presented it to his lover on her birthday. 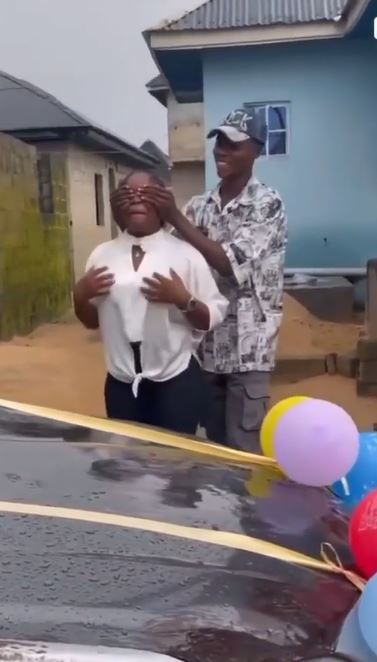 The viral clip captured the moment the young lady was being led outside while wearing blindfolds to the spot where the car was parked, with friends who were present to witness the surprise cheering her on as she approached. 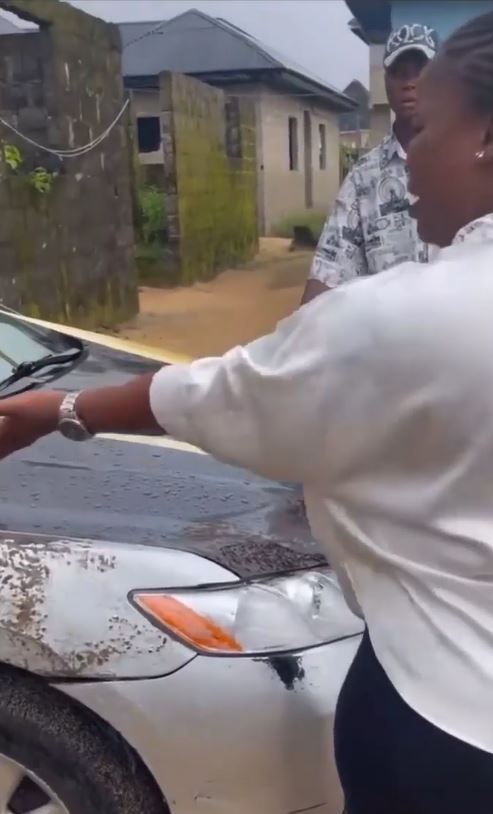 However, after taking off her blindfold to see her whip, her countenance changed.

On seeing the whip, which had rusted paint, she queried why her man would present her with such an old car and requested that their friends stop recording.