A Nigerian lady recently took to her Twitter page to call out a plastic surgery clinic following a failed botched surgery that allegedly led to the death of her friend.

A young lady named Christabel is reported to have lost her life at the hospital in Lagos some days back — Christabel’s friend on Twitter, revealed that before her death, she’d complained to the clinic that did her surgery that she was experiencing bleeding following the surgery. 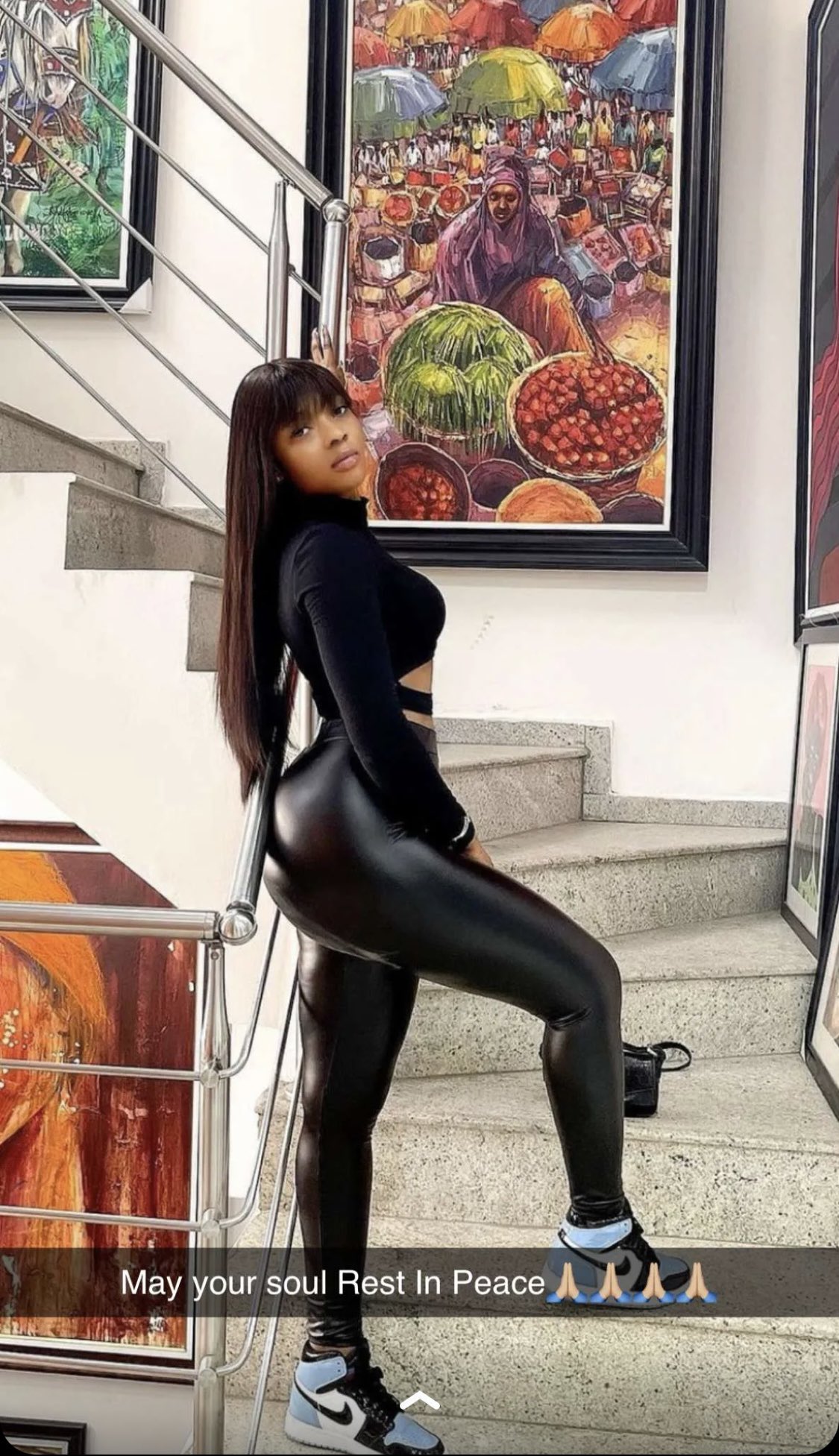 The friend stated that the clinic told Christabel it was normal post-surgery and the bleeding will eventually stop. Unfortunately, it didn’t and the result was fatal.

The lady shared that after friends didn’t hear from Christabel for days, they took to the hospital where she went for the surgery and the hospital allegedly gave them a letter showing that her body has been deposited at the morgue.

The friend revealed that the hospital didn’t think it wise to contact any of Christabel’s relatives to let them know, until they went there themselves. 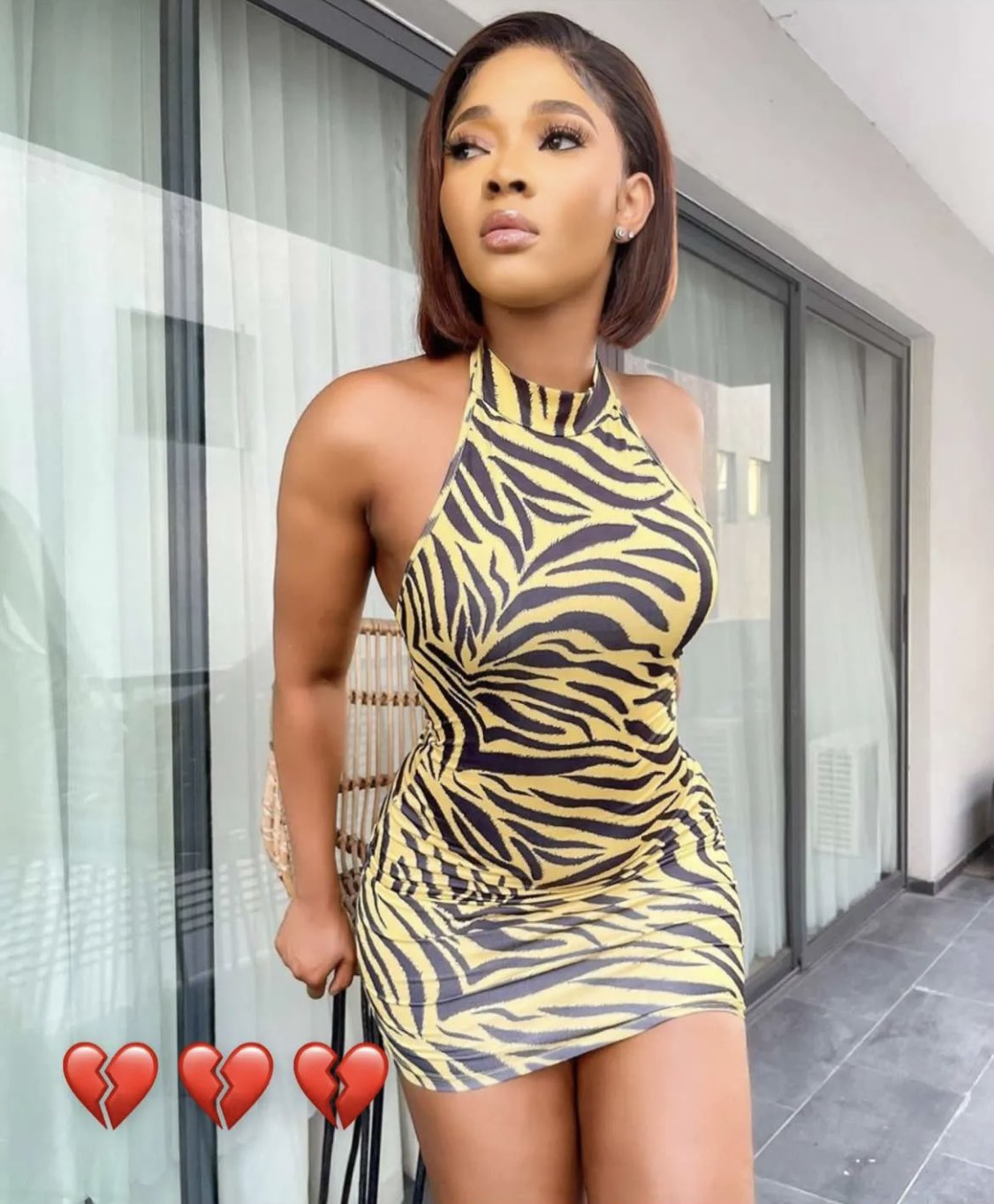 The lady has since beckoned on authorities to investigate the hospital and ensure that Christabel gets justice.

Read tweets as you scroll, 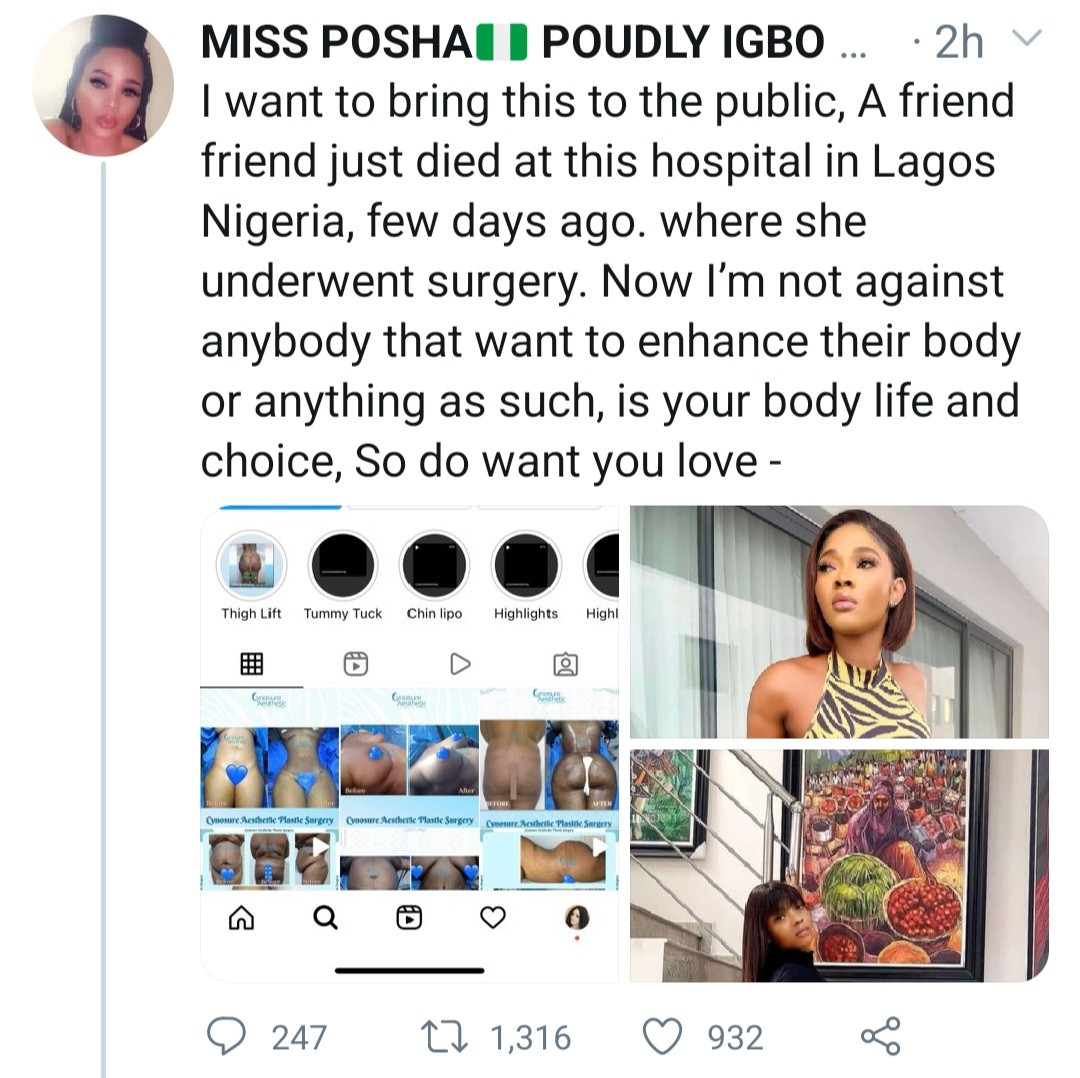 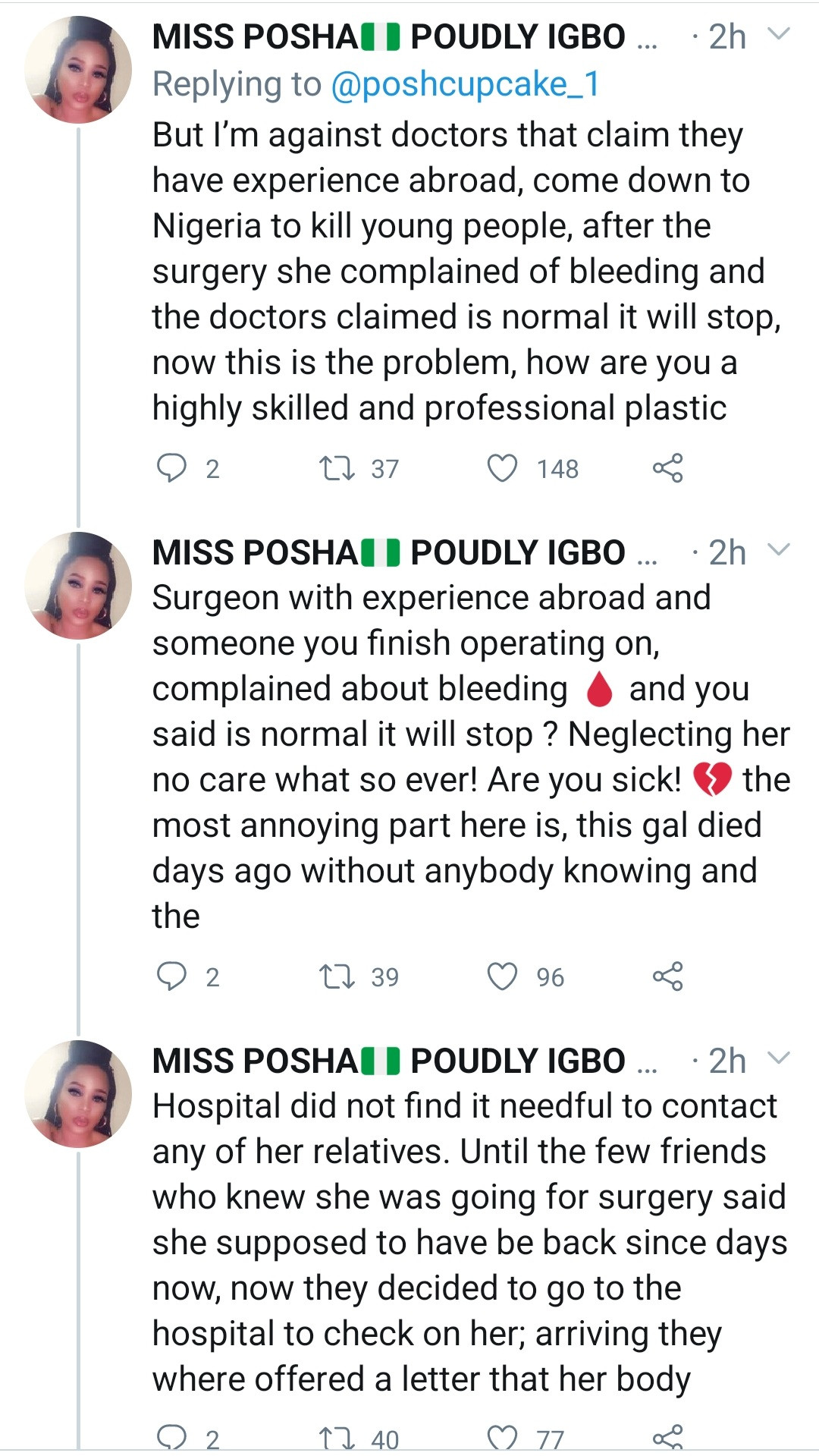 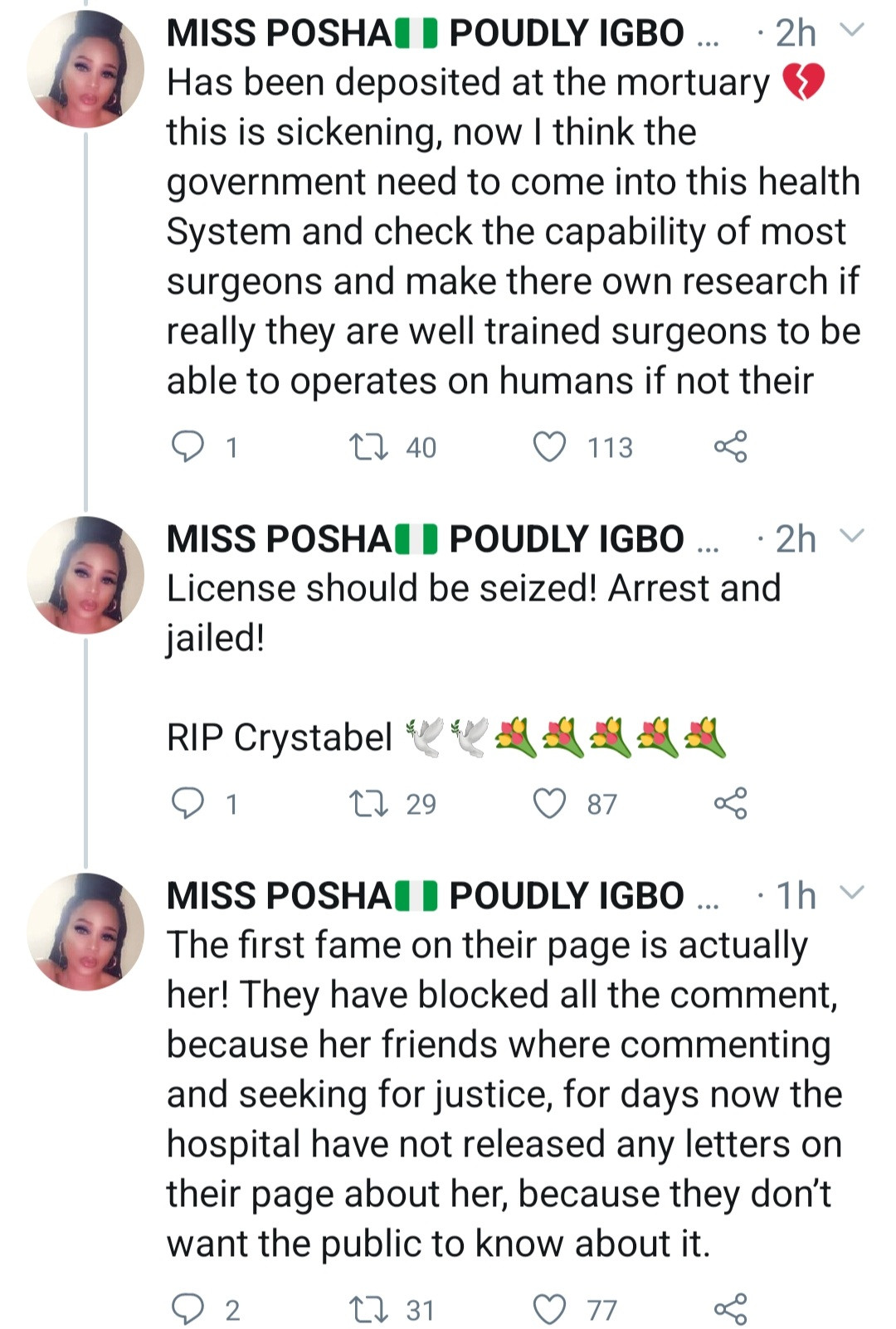 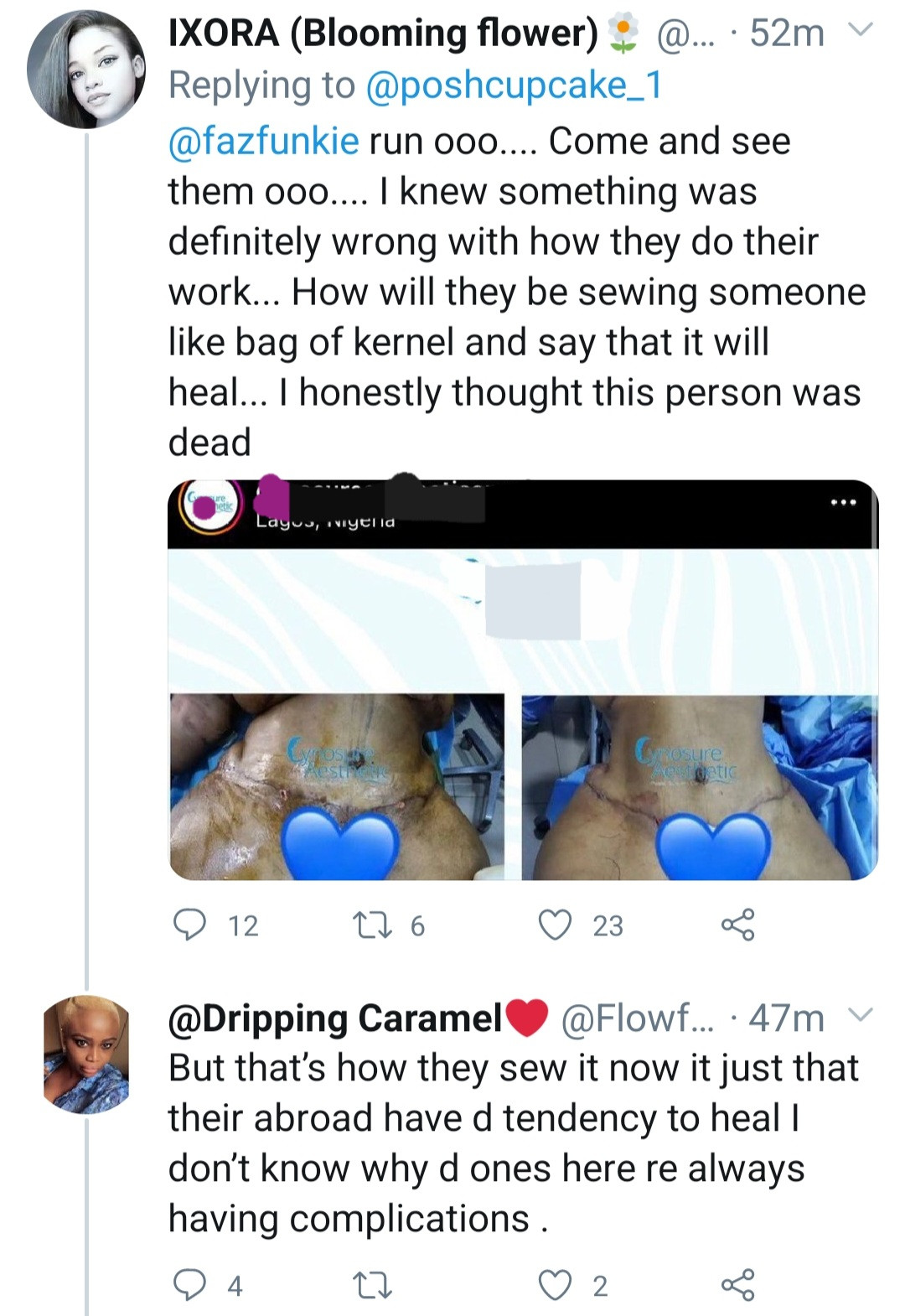 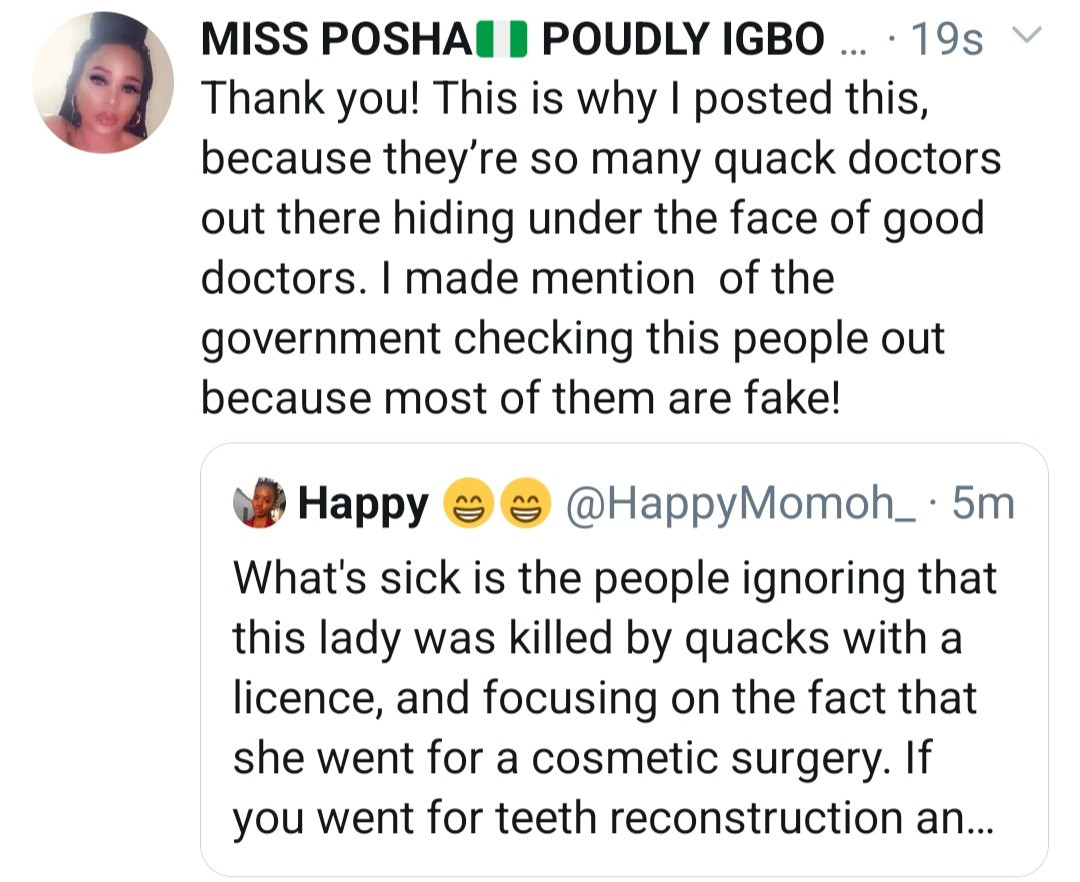