A 24-year-old self-acclaimed sidechic made a video of herself bragging about sleeping with other people’s fathers as guys have refused to marry her.

She recorded herself in what she claims to be an hotel bed after just sleeping with a purported old man — in the video, she’s heard hailing women of her kind who indulge in sleeping with older men. 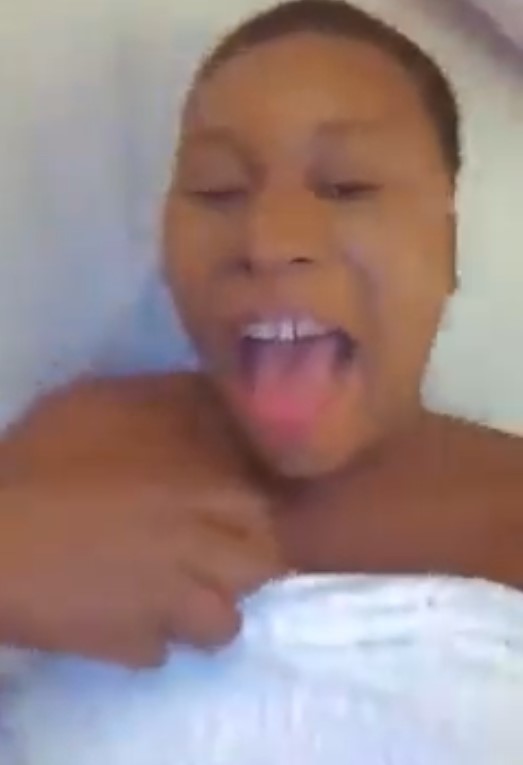 She justifies sleeping with other people’s dad because guys have refused to marry her and at her age, 24, she doesn’t even at the very least, have a boyfriend — she then goes further to threaten that she’ll ask her sugar daddy to disown his son because “he’s rude”.

Her video has come off as weird and bizarre after it was shared on social media although it has at the same time, been seen as quite hilarious.

Total Nonsense: Mixed Reactions Trails The Dress A Lady Wore To A Wedding (Watch)
“Why i cheated on my husband ” – Korra Obidi admits to infidelity in new video (watch)
To Top
Open