A video showing the moment a mother held down her little baby girl in an effort to fix a wig on her head despite of the fact that the toddler was visibly in distress has angered many people on social media. 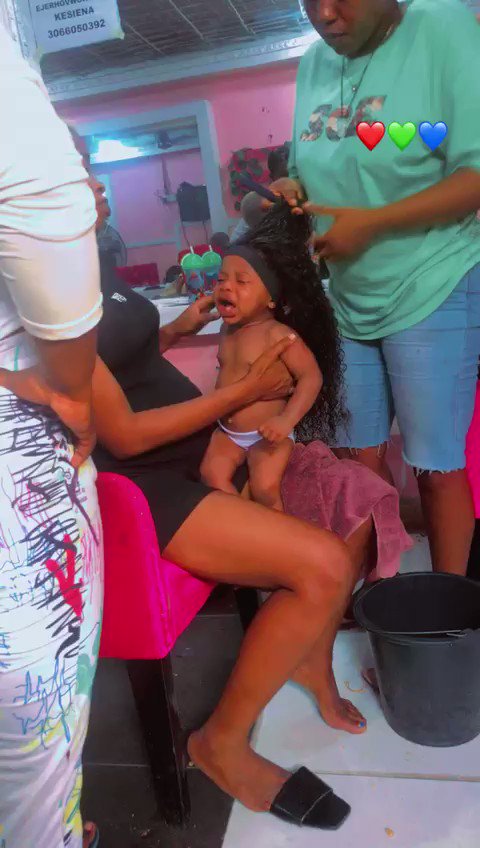 In what as be described as a very irresponsible behavior from the mother, the hairdressers fixed the wig as they would on a full-grown person and the child began to cry. That did not stop the mother from calling-off the process as she held her baby much to the chagrin of netizens.

What happened to babies being babies nah.

Those little colourful hair bands and ribbons 🎀, what happened to them

A god forbid kind of mother. The stylist making the hair self no get sense

The wife you marry will determine if you’ll bear useless children, be a bar attendance, die early, have stroke, be miserable