A broken-hearted young man, identified only as Uncle Bless, has taken to social media to share how his former girlfriend left him to marry another man she told him was like a brother to her.

Uncle Bless, in his Facebook post, congratulated the lady identified as Ruby Kle nam, who happens to be an immigration officer.

“You are getting married today wow that’s beautiful ???? everyone will wish you congratulations and I will also wish you some. Is it not the same boy I asked you about when we were dating yet you said he is nothing to you…you quoted ‘he is like a brother’ (brother)”

According to him, though the lady made sure no one was aware they were dating, she milked him dry before calling it off with him.

“You bill[ed] me of sorts of things from Rent, money for business, everything when you attack spiritually who did you bill, any little money I get you have it in your account, you told me you got job at Aflao so we need to rent, you got that money within few days, you later said your previous place at sogakofe your bill needed to be renew I did that with my poverty money, you let everyone knows we are not dating.

“After draining me down you just came to ask me who knows I rented for you and why should someone knows I rent for you. you block me wow, because you finished ur mission of draining the poor guy down, I don’t wear uniform right so you needed someone who wears some, and those who will attack me am waiting for you ???? ungrateful human being.” 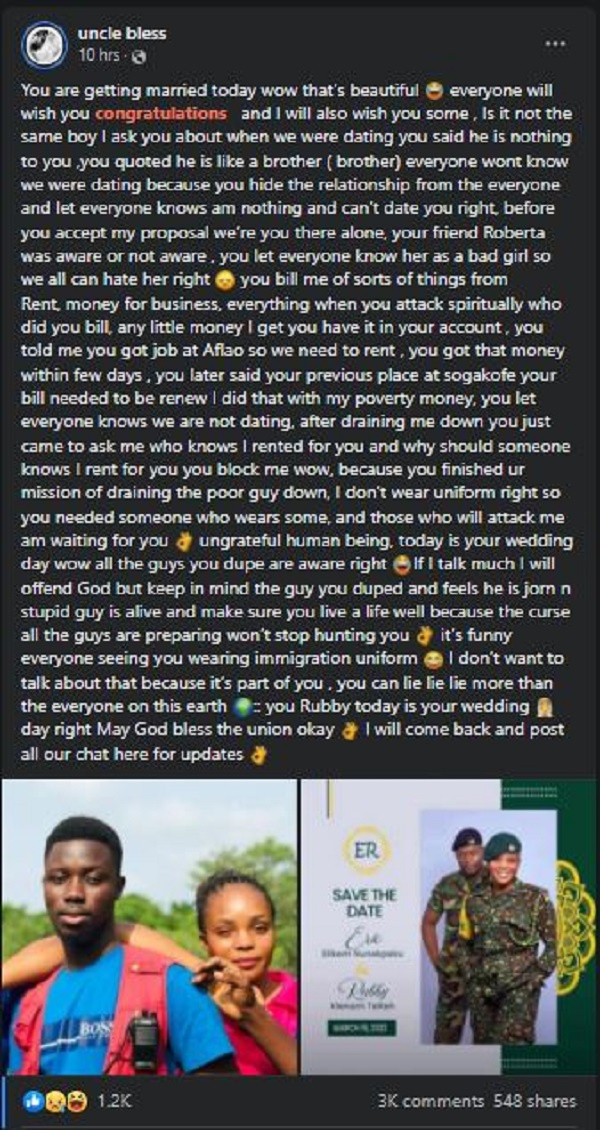 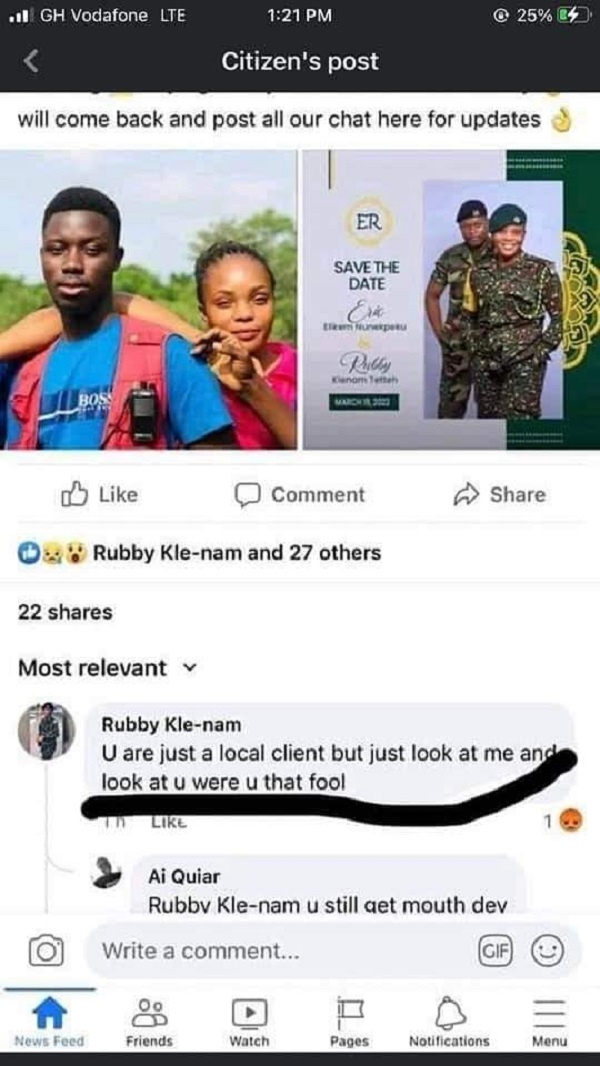 Luchy Donalds boyfriend gifted her N10 million just to relive her stress (Video)
This is a Hard time for me, I’m just trying to be strong – Korra Obidi breaks down in tears as she apologizes to her fans about her failed marriage (video)
To Top
Open