There is an ongoing debate about the authenticity of this picture which many believe was photoshopped by a skilled multimedia designer in the class of singer, Adekunle Gold.

Biologically, it is not possible for a man to get pregnant even if he is genetically engineered as science has proved to us.

The identity of the man whose face appears here is presently unknown but the viral picture has generated massive buzz online. Anyway, the baby bump looks good on the man. 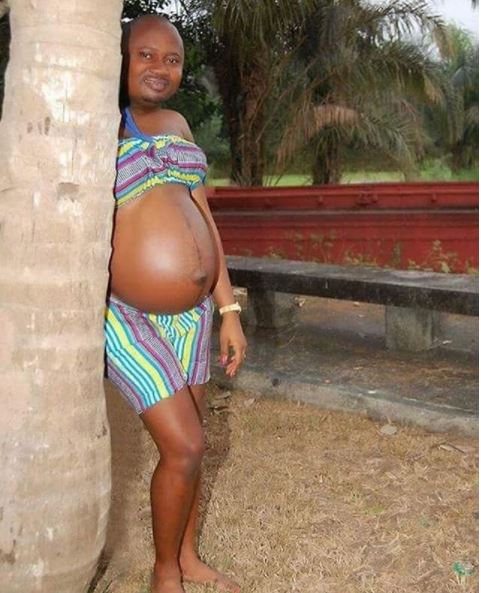 The contentious picture in question