The couple was spotted walking around New York City on Friday, and the 33-year-old superstar bared her growing bump while wearing a bright pink coat, which she wore open from just below her breasts, showing off a several-months-along pregnant belly.

The pair were photographed walking around together, with A$AP Rocky at points slinging his arm around Rihanna’s shoulders and kissing her head as they stroll around Harlem, where the 33-year-old rapper is from.

However, the couple still appear to have kept their baby news under wraps since the photos were taken — possibly due in part to the seemingly empty streets around them, thanks to the frigid weather.

The images captured just after a blizzard dropped a blanket of snow on New York were released and posted on Instagram Monday by the celebrity photographer Miles Diggs. 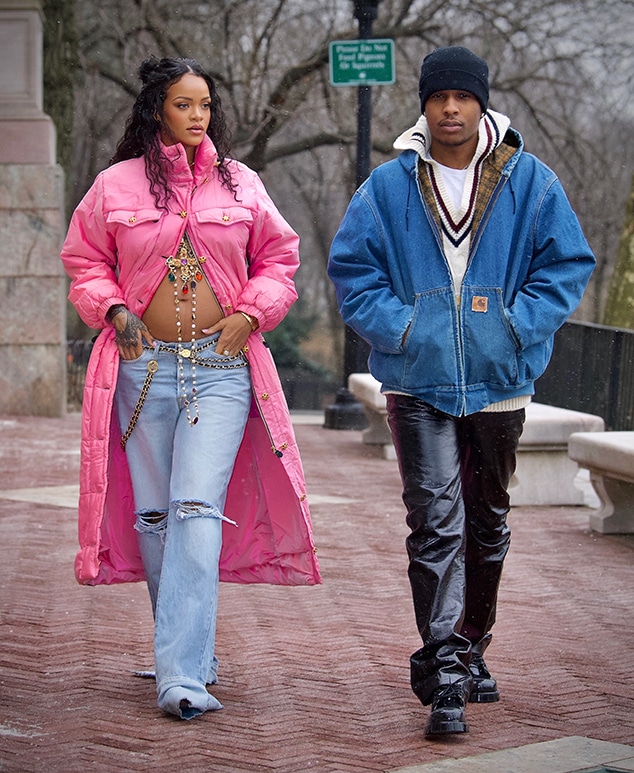 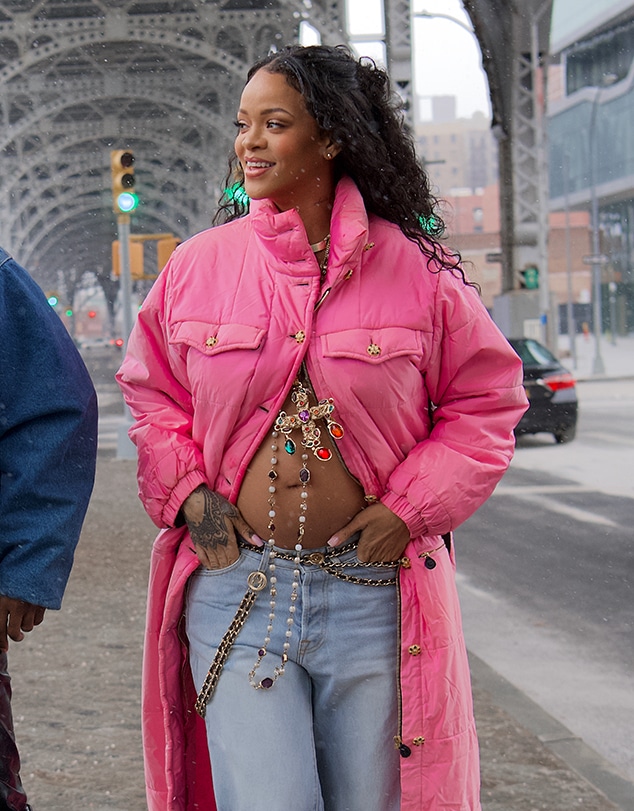 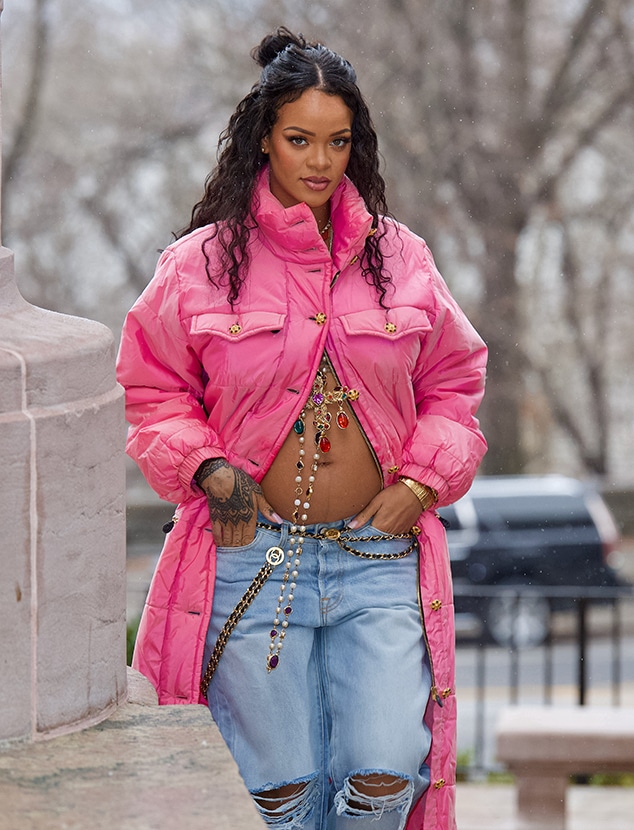