There was pandemonium in Sagbama Local Government Area of Bayelsa state after two teenage boys were caught while allegedly trying to use a 14-year-old girl for money ritual purposes. 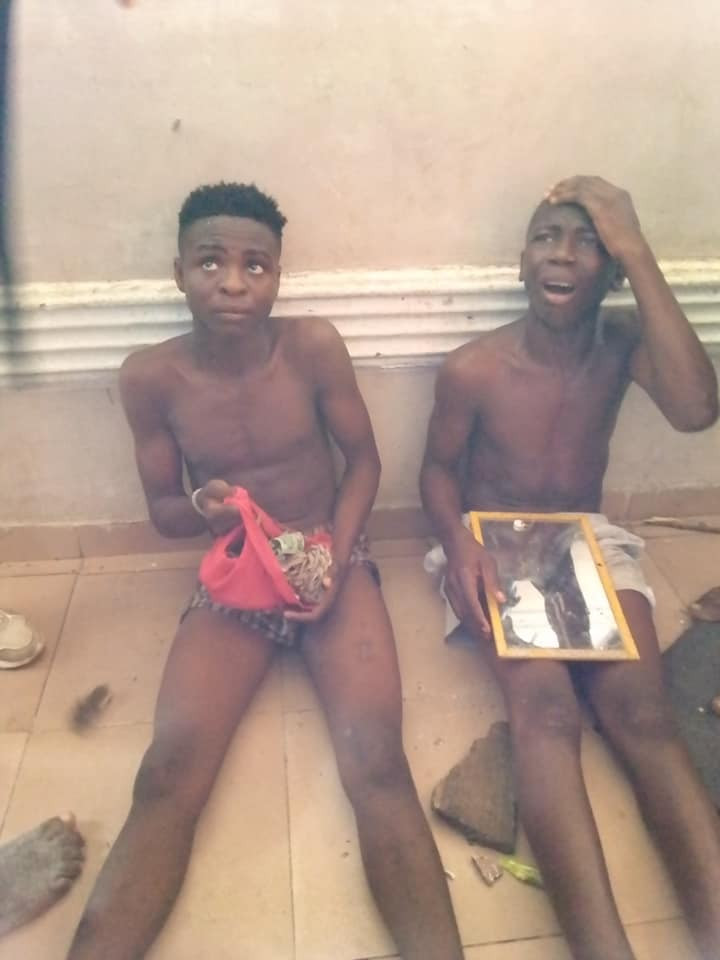 The incident occurred in the early hours of Monday, January 3, at Sagbama Federated community.

It was gathered that the boys said to be 16 years old, lured the girl with their charm to an uncompleted building to carry out their evil plans.

However, they ran out of luck when they were caught by a passerby who saw them and suspected their ‘ill movement’. 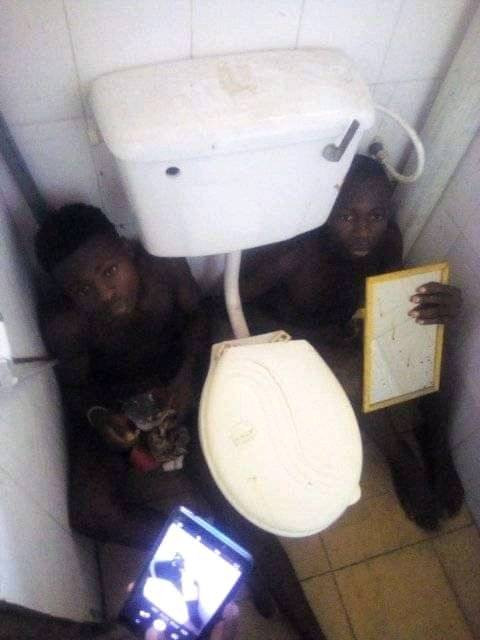 Although the details of the incident are quite sketchy, photos and videos showing the young boys after they were apprehended has been shared online.

In the photos, one of them could be seen holding a mirror while the other one held some unidentified objects.

One of the boys is said to be the son of the traditional ruler of Amanana-owei community.

See more photos and watch the video below… 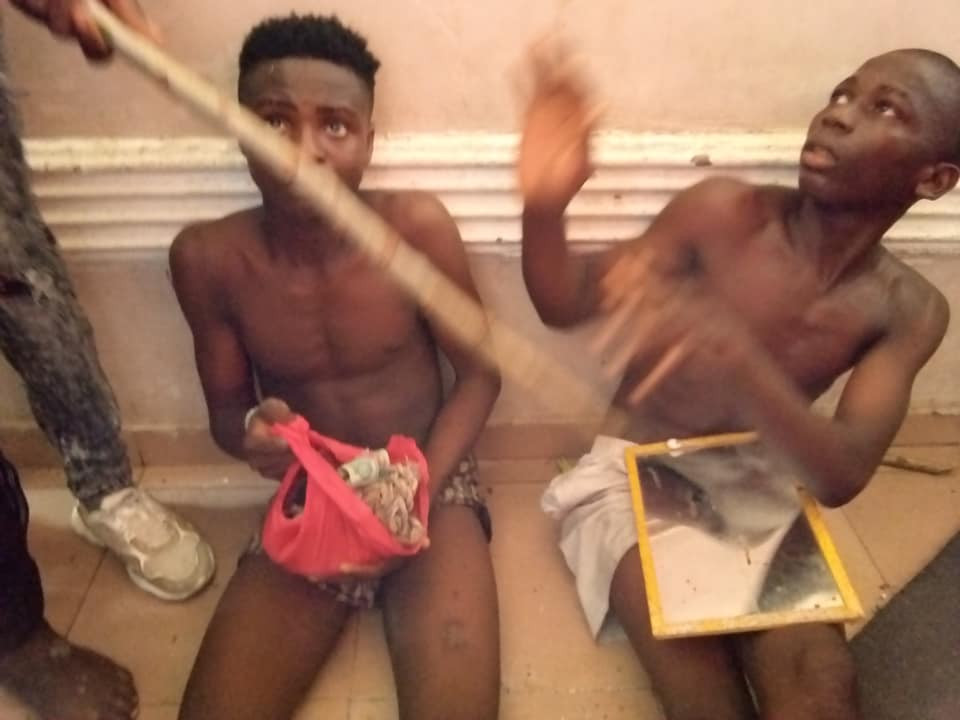 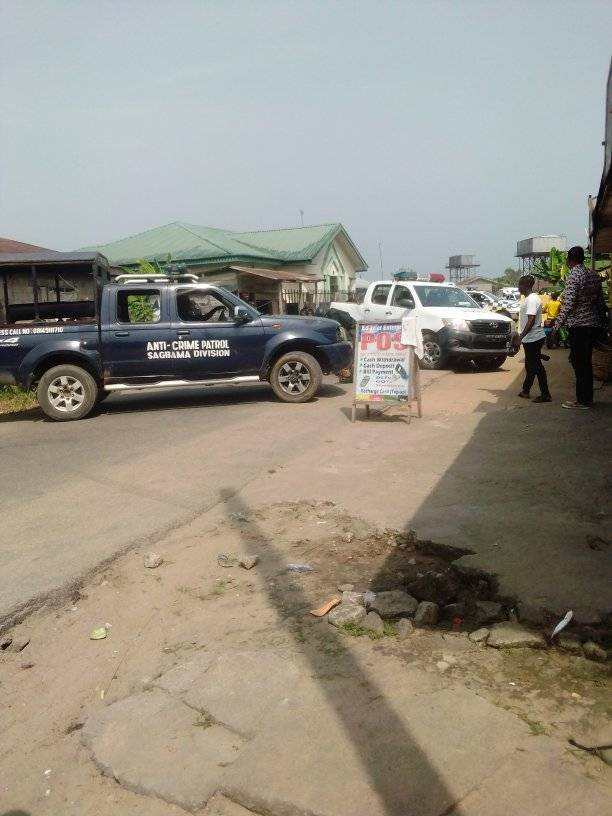 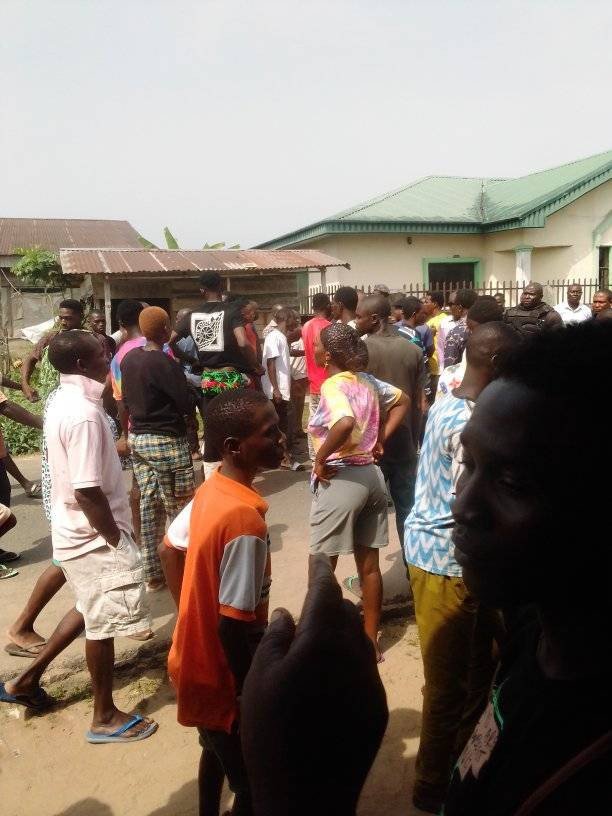