Have you heard about the story of the first ever man in the world to get pregnant? Well, it sounds a little insane, but it’s true.

A man named Thomas Beatie who was born as a woman named Tracy Lagondinoback in 1974, was hailed as the first ever man in the world to get pregnant, not just once, not just twice, but thrice!

Thomas claims that he was born as a girl, but he knew it then that he wanted to be a man, so at the age of 20, he began taking testosterone injections that made his f 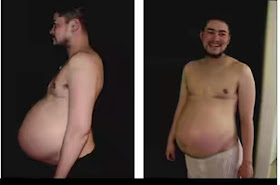 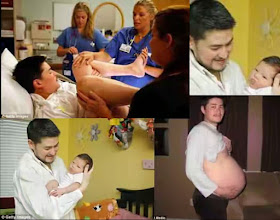 Facial hair more visible, lowered down his voice and minimized his sexual organ

In 2012, he decided to remove his breasts, while his wife removed her uterus. But then Thomas decided to keep his female reproductive organ.

Through an artificial insemination, a child was developed. And now, he’s on his way to recovery after giving birth to three children.

Truck Driver and His wife gets married using with his tipper truck (Video)
Woman catches husband with side chick inside a hotel room,see What She did (Video)
To Top
Open