In this article I will be sharing with you the top 6 highest paid Nollywood actresses in Nigeria. Nollywood is one of the fastest growing film industries in the world, ranking as the world’s third largest movie industry by volume, just behind India’s Bollywood and American Hollywood. In 2014, the Nigerian Federal Government released data placing Nollywood as a $3.3 billion sector. Talented Nollywood actresses are greatly admired and loved by fans all over the world, but so many still wonder how lucrative the entertainment industry is. The false assumption that people in the creative industries do not make a lot of money will be debunked in this article, because contrary to what people think, professionalism come with high pay. So therefore after a careful study and research I present to you the top 6 highest paid Nollywood actresses in Nigeria. 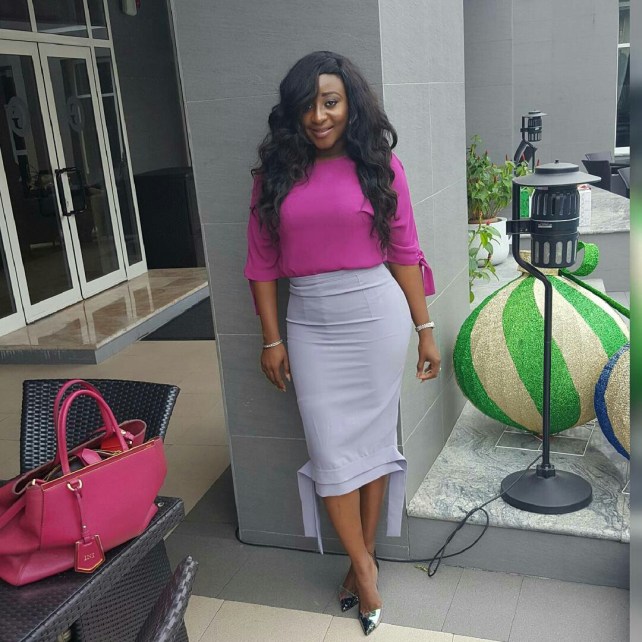 Ini Edo is a Nollywood actress and a television personality. She has been described as one of the sexiest actresses in Nollywood and also one of the top richest actresses in Nigeria. She has featured in over 250 movies. She is a winner of the 2013 Nafca Award for Best Supporting Actress in Nigeria. She was born on 19th April 1982 in Uyo, Akwa Ibom State, Nigeria but grew in Calabar in Cross River State, Nigeria. She is currently 35 years. She is the second child in a family of four children.

She is a graduate of English Language from the University of Calabar. In 2013, she was announced as a judge for the Miss Black Africa United Kingdom Beauty Pageant. Due to her philanthropic gestures, the United Nations appointed her as the United Nations Habitat Youth Envoy. Ini Edo earns N1 million per movie making her the number 6 highest paid Nollywood actress in Nigeria. 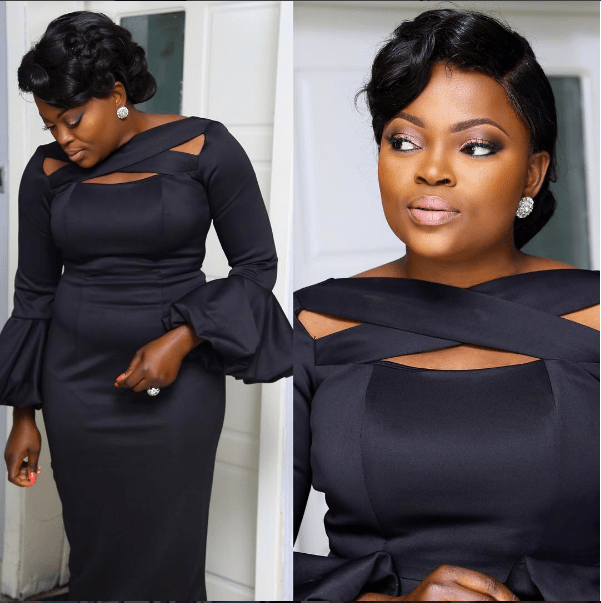 Funke Akindele popularly known as Jenifa is a famous Nollywood actress, producer and a television personality. She is one of the most successfully actress of Yoruba descent. In 2009, she won the Africa Movie Academy Award for Best Actress in a Leading Role following her role in Jenifer. She is the CEO of Scene One TV. She is the producer of the popular television series “Jenifa Diary” which has earned her over millions of naira since the release of her first episode. She has been regarded as one of the best comic actress in Nigeria. Funke Akindele earns N1.2 million per movie making her the number 5 highest paid Nollywood actress in Nigeria. 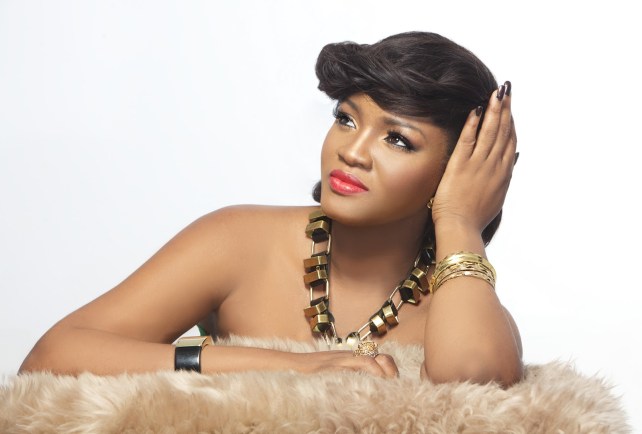 Omotola Jalade fondly called Omosexy is a Nollywood actress and a television personality. She joined Nollywood in 1995 and has starred in over 250 movies. She has been in the industry for over 2 decades. She joined the Nigerian movie industry popularly known as Nollywood in 1995 and made her first acting debut in the 1995 movie titled “Venom of Justice” a movie directed by Reginald Ebere.

Her role in the movie earned her an award for Most Promising Actress in Nigeria at the Africa Movie Academy Awards. Omotola Jalade has won over 40 local and international awards. She is considered as Africa’s biggest box office actress. In 2013, she was honoured in Time Magazine’s list of the 100 most influential people in the world alongside American former first lady Michelle Obama. Omotola Jalade earns N1.5 million per movie making her the number 4 highest paid Nollywood actress in Nigeria. 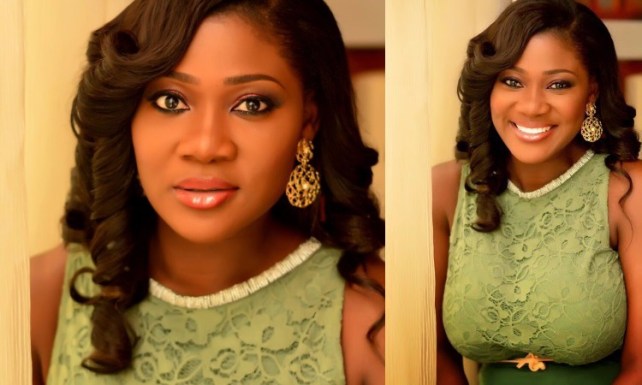 Mercy Johnson is a Nollywood actress. She is currently married to Prince Odi Okojie. She is originally from Okene, Kogi State, Nigeria and had her first taste of education in Calabar where her biological dad resides. Her parent’s names are Mr. Daniel and Mrs. Elizabeth Johnson. Her father was a former Naval Officer. She attends streams State Secondary School & Nigerian Navy Secondary School in Port Harcourt, River State, Nigeria. Mercy Johnson rose to fame after starring in the movie “The Maid” where she played the role of a servant. 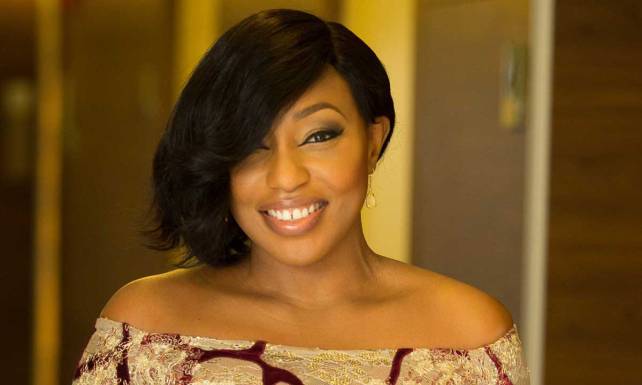 Rita Dominic is a Nollywood actress, producer and a television personality. She was born on 12th July 1975 in Imo State, Nigeria and grew up in Lagos State, Nigeria. Rita Dominic is a member of the Royal family of Waturuocha of Aboh Mbaise local government area of Imo State in the south eastern part of Nigeria. Her late parents were medical practitioners.

Her late father was a medical doctor while late her mother was a nursing officer. In 2012, she won the Africa Movie Academy Award for Best Actress in a Leading Role. She is originally from Mbaise in Imo State in the south eastern part of Nigeria and currently single. Rita Dominic earns N2 million per movie making her the number 2 highest paid Nollywood actress in Nigeria. 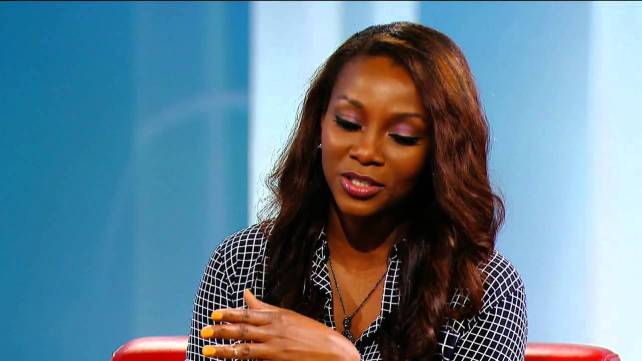 Genevieve Nnaji is Nollywood actress, producer and a television personality. In 2005, she won the Africa Movie Academy Award for Best Actress in a Leading Role and Best Actress in Nigeria at the Africa Magic Viewers Choice Awards. She has been honored with Member of the Order of the Federal Republic (MFR) by the Nigerian government for her contribution to the Nigerian movie industry. She is the owner of St. Genevieve clothing line.

She has a sponsorship deals with Amstel Malta, Etisalat, Jumia, GLO and many more. In 2019, she produced a movie “Lion Heart” which became the only movie in Nigeria that was featured on Netflix. Genevieve Nnaji earns N2.2 million per movie making her the number 1 highest paid Nollywood actress in Nigeria.

Lady Shares Chat With Boyfriend Who Broke Up With Her After She Trained Him In School And Fed Him, Says She’s Too Old For Him (Scrèénshots)
Regina Daniel receives $50,000 from her billionaire husband as a Christmas gift (Photos)
To Top
Open