A suspected thief who could not swim, jumped into the Lagos lagoon after snatching a phone from a passenger in traffic this afternoon February 16th.

Luck ran out on the thief after he couldn’t swim when he landed into the Lagoon. He cried out for help and was rescued by passersby who recovered the stolen phone from him. 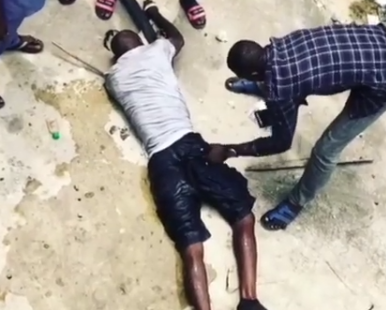 Ashamed of his act, the thief asked that he be thrown back into the lagoon but the people refused to lynch him or throw him into the Lagoon. He has since been handed over to the police.

Watch a video from the scene below.