Twitter users have been shocked after a couple revealed they are in a relationship even though they are first cousins and want to put an end to the stigma surrounding incest.

@Lilmarche took to her Twitter to reveal the controversial relationship.

The couple tweeted several photos of themselves, including one of them kissing and another where they were smoking blunt, and they revealed they’ve been in love since they were kids but had to hide their relationship because their mothers are blood sisters.

“I remember growing up, we had to hide our love from our family. Sleepovers was too lit ? now we grown and we don’t gotta hide. Blood can’t make us any closer but I’m so glad I fell in love with my cousin ????‍???” 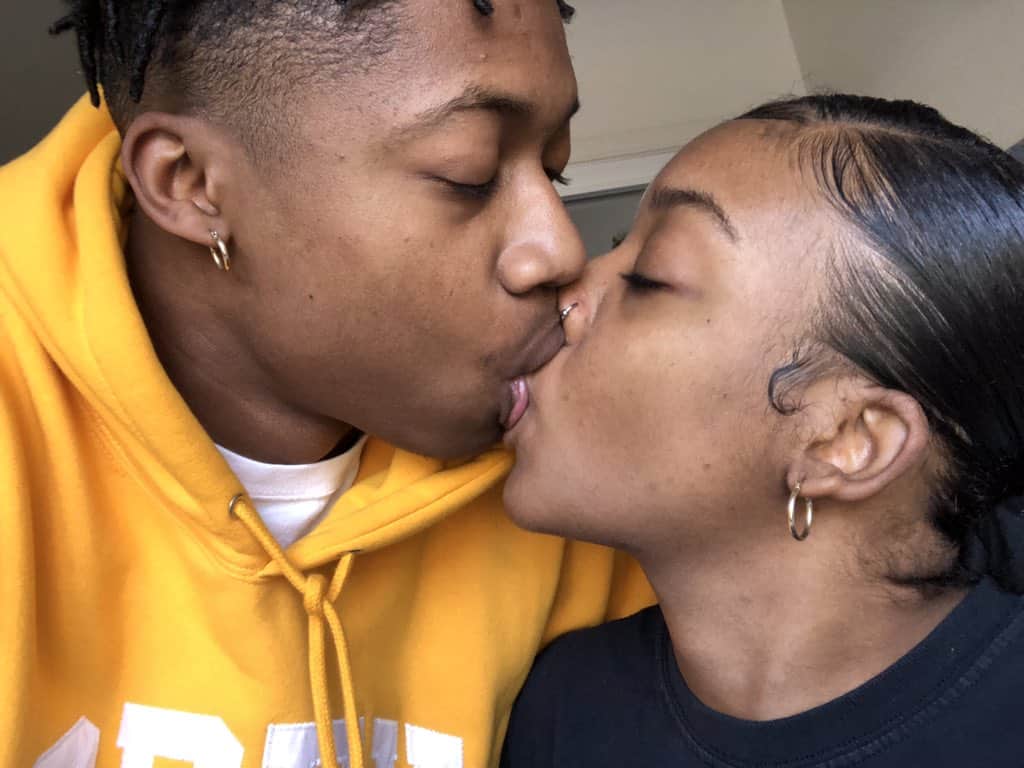 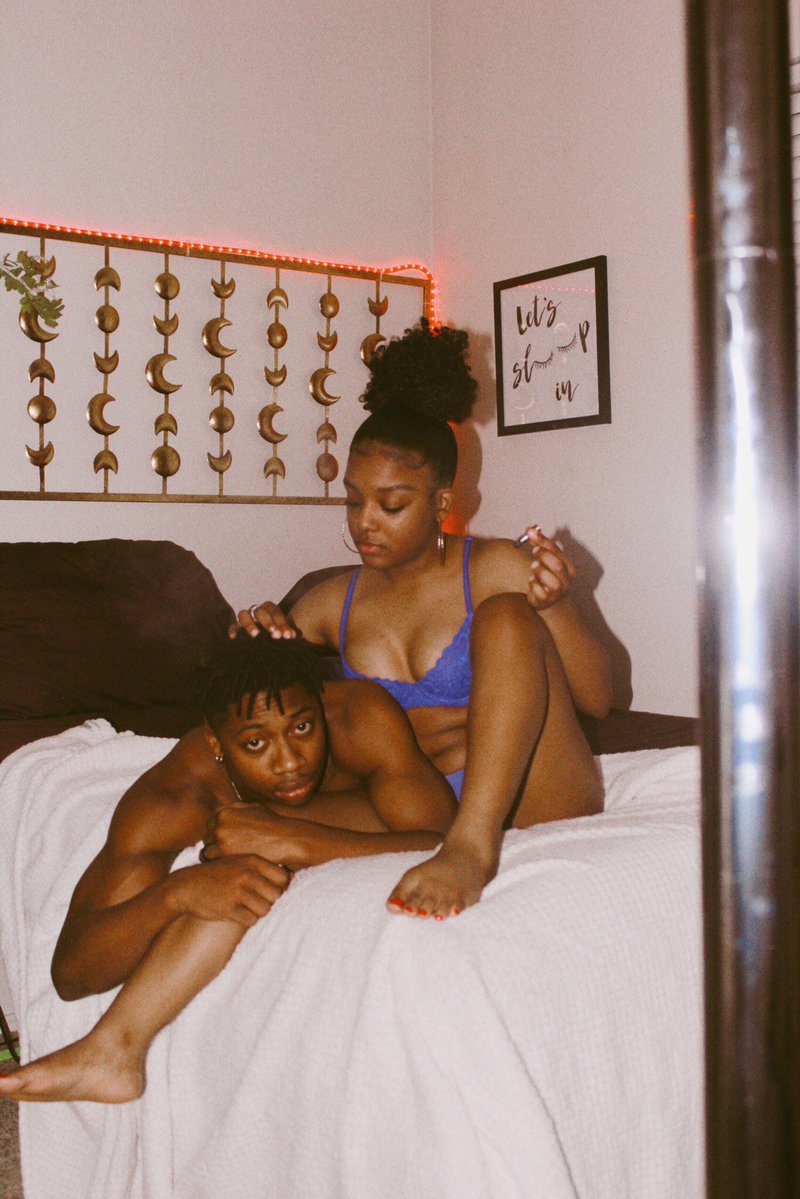 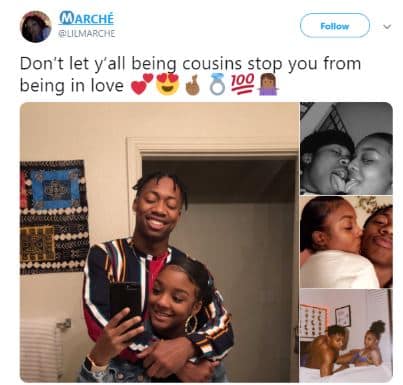 Some of her previous tweets reads;

she wrote: “Can we change the stigma of incest?”

A third tweet reads: “I shouldn’t be limited to who I love because we’re related.”

When asked how they are related, she replied:

The lady added that she and her cousin are sexually active. When followers expressed concern that their kids will be inbred and will likely have genetic maladies, she said she doesn’t care because she is on birth control.

What’s shocking in all of these is that a number of Twitter users declared support for their love and confessed they are also having s*xual relationships with their cousins.

A great number of Twitter users called the couple out for their actions. But the young lady was unbothered and replied to every critic with strong words of her own.

Below are tweets from @Lilmarche and some reactions from Twitter users. 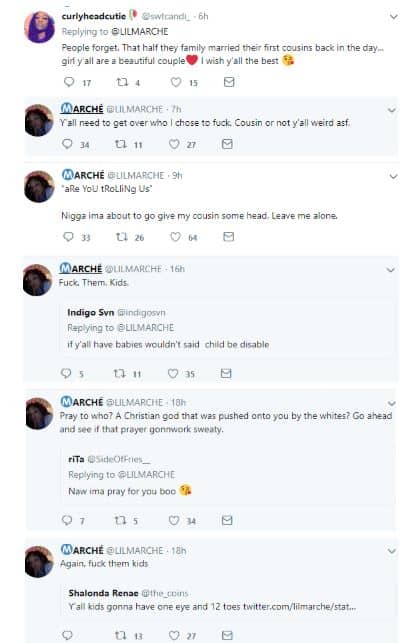 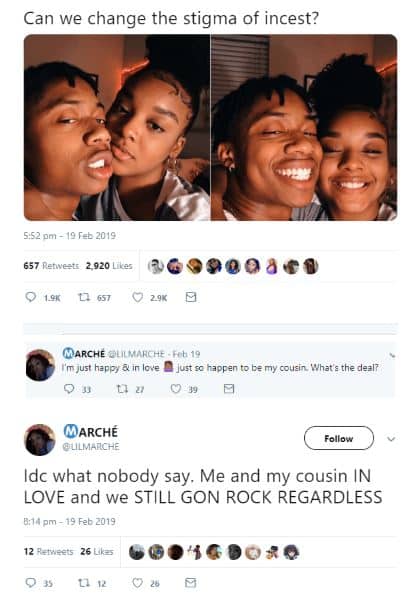 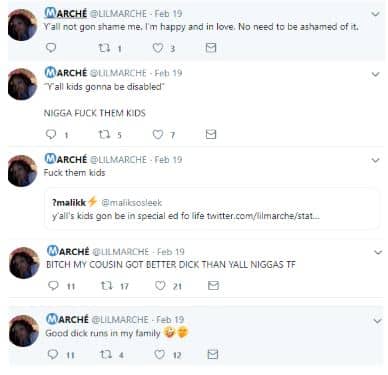