The robber killed in Anambra

A promising young Nigerian man has had his life cut short after being caught robbing people.

It was gathered that the suspected robber had snatched a phone from a lady before he was caught with his partner and burnt alive.

An eyewitness wrote: “This incident happened in Ozubulu in Ekwusigo local government area of Anambra state. They were two and were killed for stealing a phone and not tricycle as reported here. They snatched a phone with their motorcycle from a Lady and sped off in high speed. While escaping, their bike spoilt and stopped moving and they had to come down to fix their bike. They didn’t know that a certain man who saw when they snatched the phone was following them with his own bike. It was the man that saw them and alerted other people around and they were arrested, seriously beaten and burnt alive. This young man is from a town called Akwaukwu also in Anambra state but have lived all his life in Ozubulu with his parents where he was caught and killed. He was a baller (a huge spender)a big time one and a Ladies man. People thought he was into Yahoo with the way he lavishes and spends money. It’s a pity he had to go this way. I pray his soul finds rest anywhere he is now.” 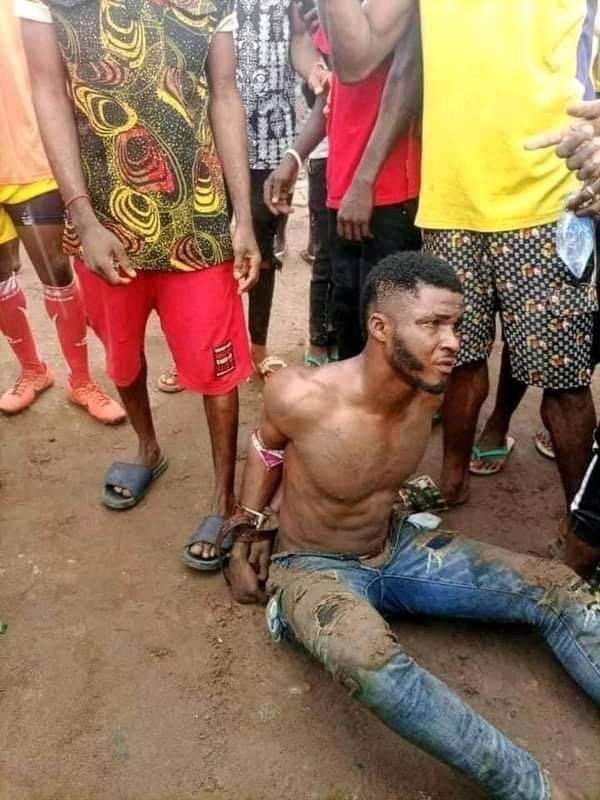 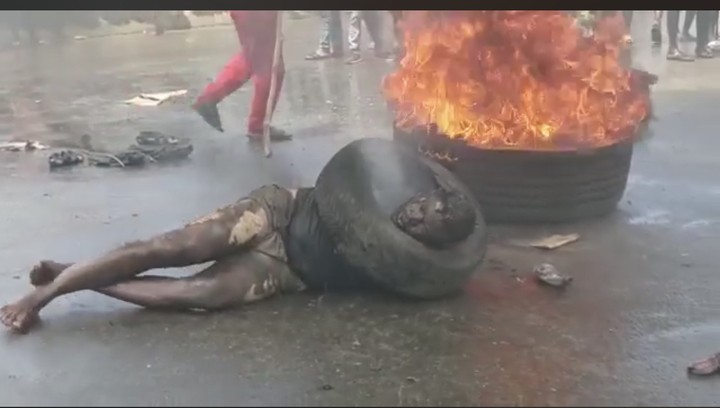