A story of a lady who “saved up to buy her boyfriend a car” made the rounds on social media on Boxing Day. But the woman has now responded.

Photos were shared of a woman and her boyfriend. A photo of a Toyota Camry was also shared and the caption accompanying the photo claimed the woman, from Port Harcourt, saved 20k every week for 2 years to buy her boyfriend a car after people mocked him for not having a car and mocked her for dating a broke guy. 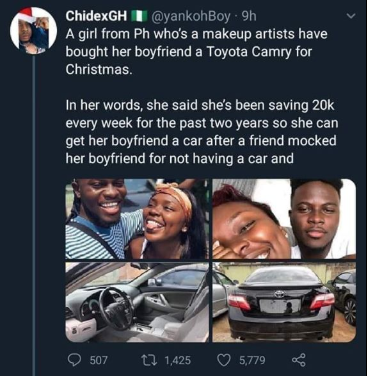 The story went viral on Twitter and generated a conversation as people debated the pros and cons of buying a car for a man who isn’t married to you.

The woman whose photo is being circulated has now reacted.

She revealed she’s neither Nigerian nor a makeup artist. She added that she didn’t buy anyone a car.

Replying to one of the tweets about her buying a car for her boyfriend, she wrote: “I never knew I was Nigerian or a makeup artist or even rich enough to save. And I bought a CAR !!!!! This is news to me.” 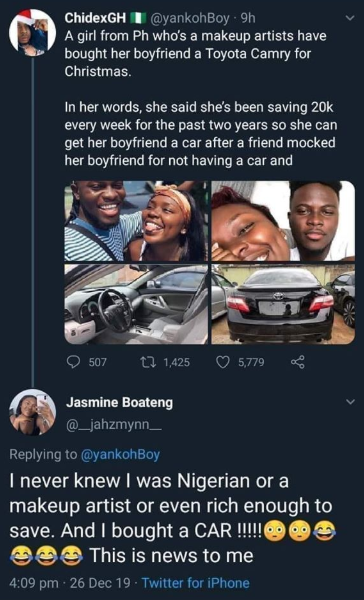 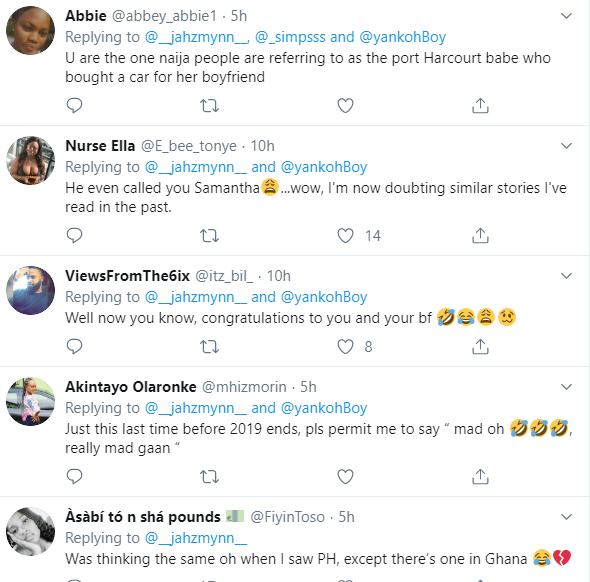