According to one of the wedding attendees identified as @iam_liliane on Twitter who shared the story, the party Jollof tasted sour as the gathering found out that the husband hired an entirely fake family that he called his and is also married with kids.

“Wedding I went for yesterday, just finding out that the groom was married and hired people to stand in as his family for both traditional and church wedding. Such deceit! Bride is devastated and doesn’t know what to do. It was all a lie,” Liliane wrote. 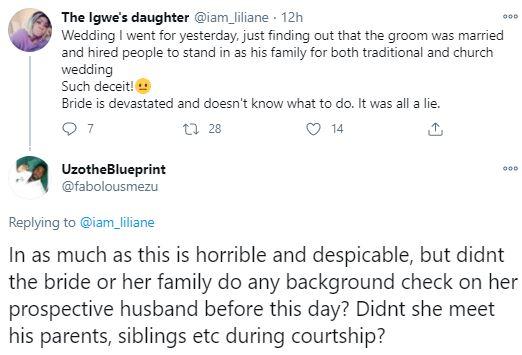