Ugandan socialite, Doreen Kabareebe has been dragged to filth on social media for boarding a bike after saying she can’t date a man who doesn’t have a car in an interview. 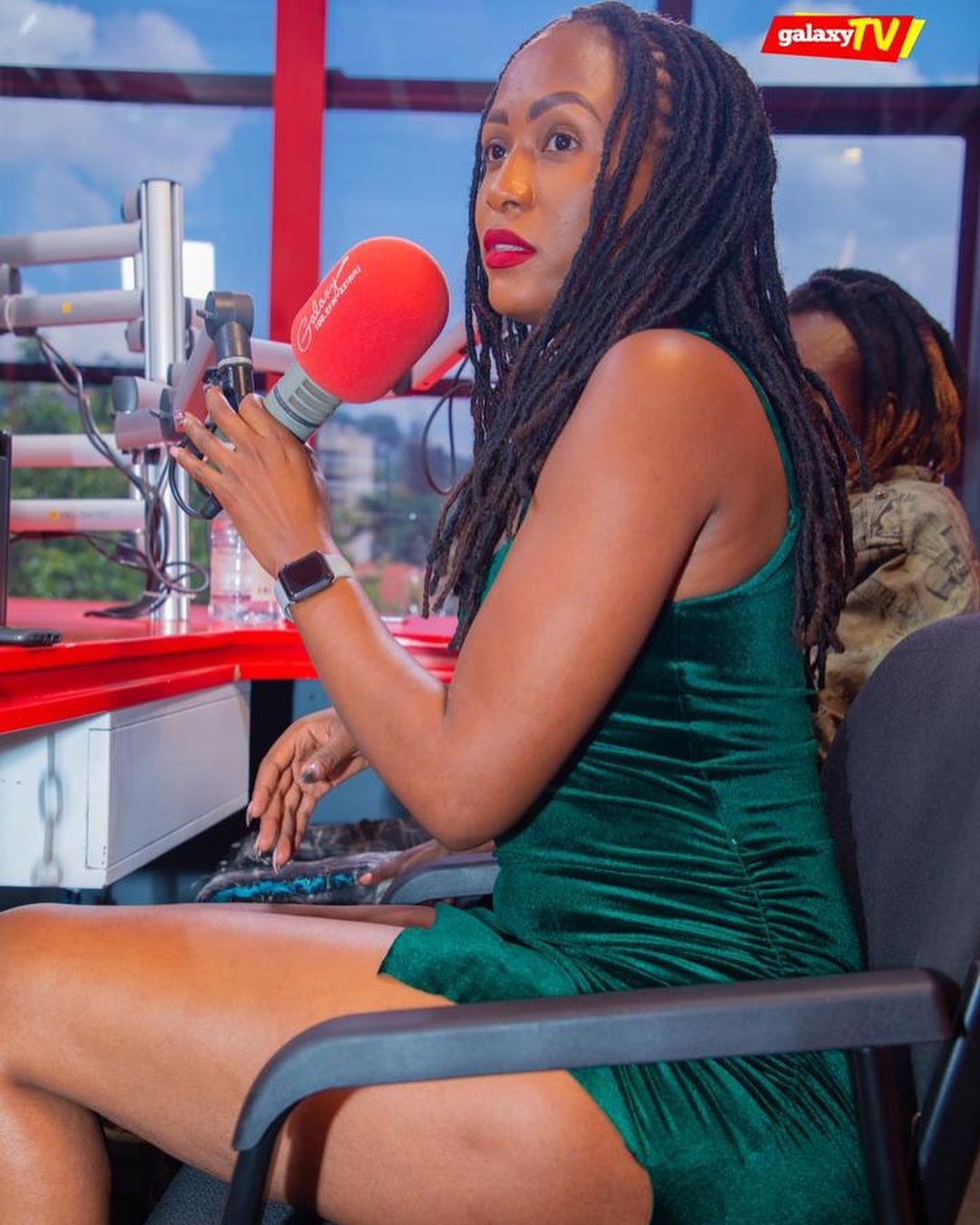 The beauty queen and model had in the radio interview told prospective suitors not to approach her if they don’t own a car.

Her words, “If you don’t have a car, don’t call my number”

Ironically, the former Miss Uganda contestant was spotted on an okada supposedly after the interview.

In the photo which is currently making rounds online, Doreen was wearing the same dress, wristwatch and hair style as the ones in the photos she shared on her verified Instagram page. 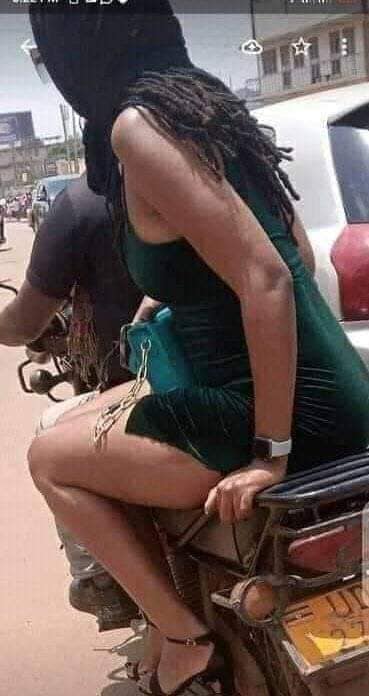 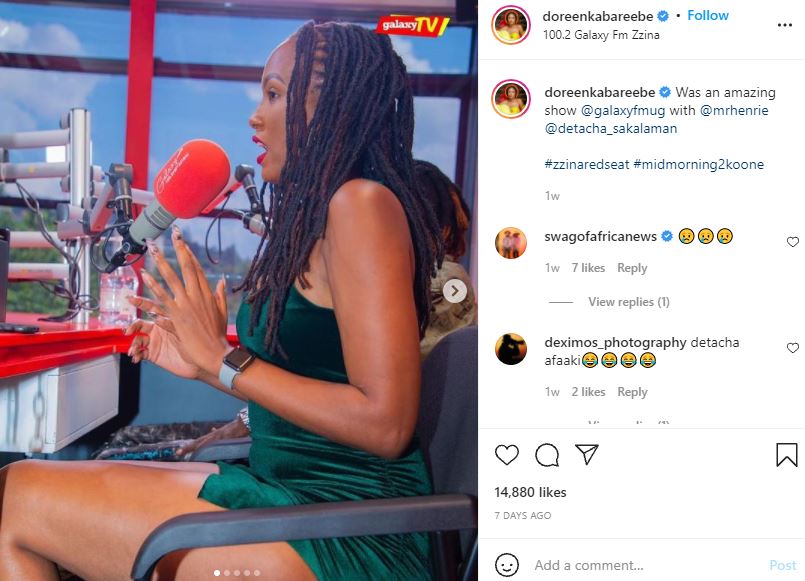 She is currently being mocked online for having double standards.

Velile Noah wrote, “She needs to buy her own first than relying on other ppl’s success.”

Congolese Prince wrote, “She wants a guy with a car but can’t afford to buy her own car 🙄🙄🙄 nonsense”

Stephan Ng’andwe wrote, “She has set standards she can’t afford on her own.” 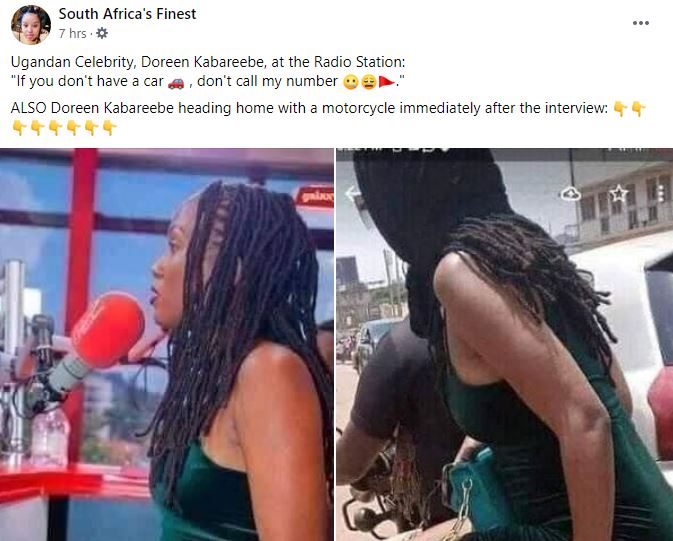 “u dey mad” – Charles Okocha Goes Crazy after seeing his Daughter inside a car with a Man (Video)
Lady who married a Rich man because of his money, gave birth to 0ld Man as a baby (Photos)
To Top
Open