A video making the rounds on social media has captured the moment Nollywood actor, Charles Okocha reportedly saw his daughter in a car with a man.

Reports alleged that the actor also got reports that the guy in question allegedly wanted to Jazz his daughter during their outing. 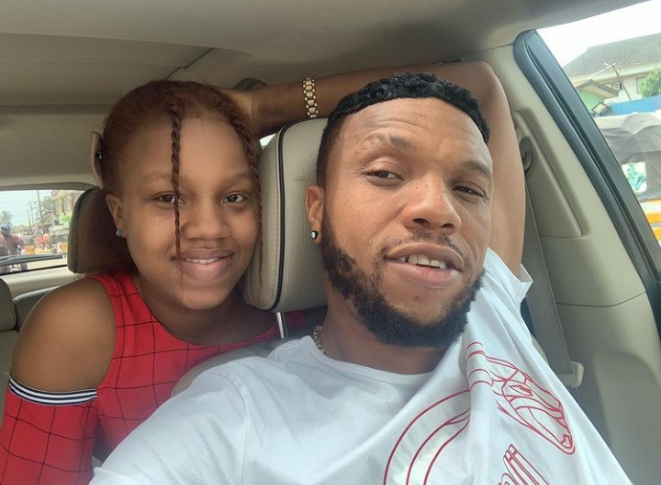 In the video going viral, Charles Okocha was spotted running around the scene and raging with anger, as he swore to deal with the guy.

After pacing and shouting for some time, the actor grabbed a shovel and began to smash the guy’s car glass into pieces. He also dragged his daughter out of the car.