According to a Gist Lovers Blog, the controversial crossdresser was turned back while trying to run from Nigeria on Tuesday morning, 28th September 2021. 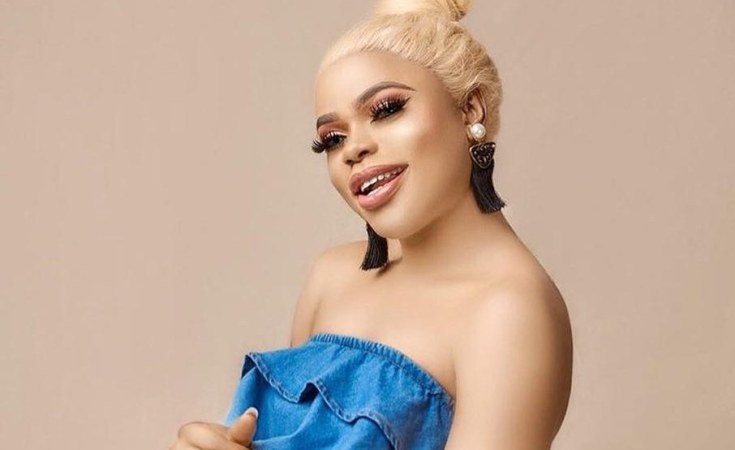 Bobrisky
Nigerian male barbie, Bobrisky has been reportedly sent packing from the US Embassy.
According to a Gist Lovers Blog, the controversial crossdresser was turned back while trying to run from Nigeria on Tuesday morning, 28th September 2021.
He is alleged also to be running away from people he is owing.
The report further revealed that Bobrisky was questioned on his source of income, and he revealed has been selling skincare products for the past eight years.
The blogger added that Bobrisky was spotted at the US embassy in a red dress while advising those having a business with Bobrisky to collect their money before he escaped.
He wrote;
“Hello tueh tueh, Biko o I no fit settle fight o, if Idris is owing you please get your money before he run comot o, information reaching vawulence headquarters now be say Bob was sighted at the US embassy this morning. Them reject am.
“Him say he get costmetic line say him dey sell hair join. Say him dey do skin care business for the past 8 years too. According to our source, he was wearing a red bubu, collect your money o Bobo wan raun o, I come in peace. Make Una collect Una money o,Igi Ewedu oni wo pawa o.” 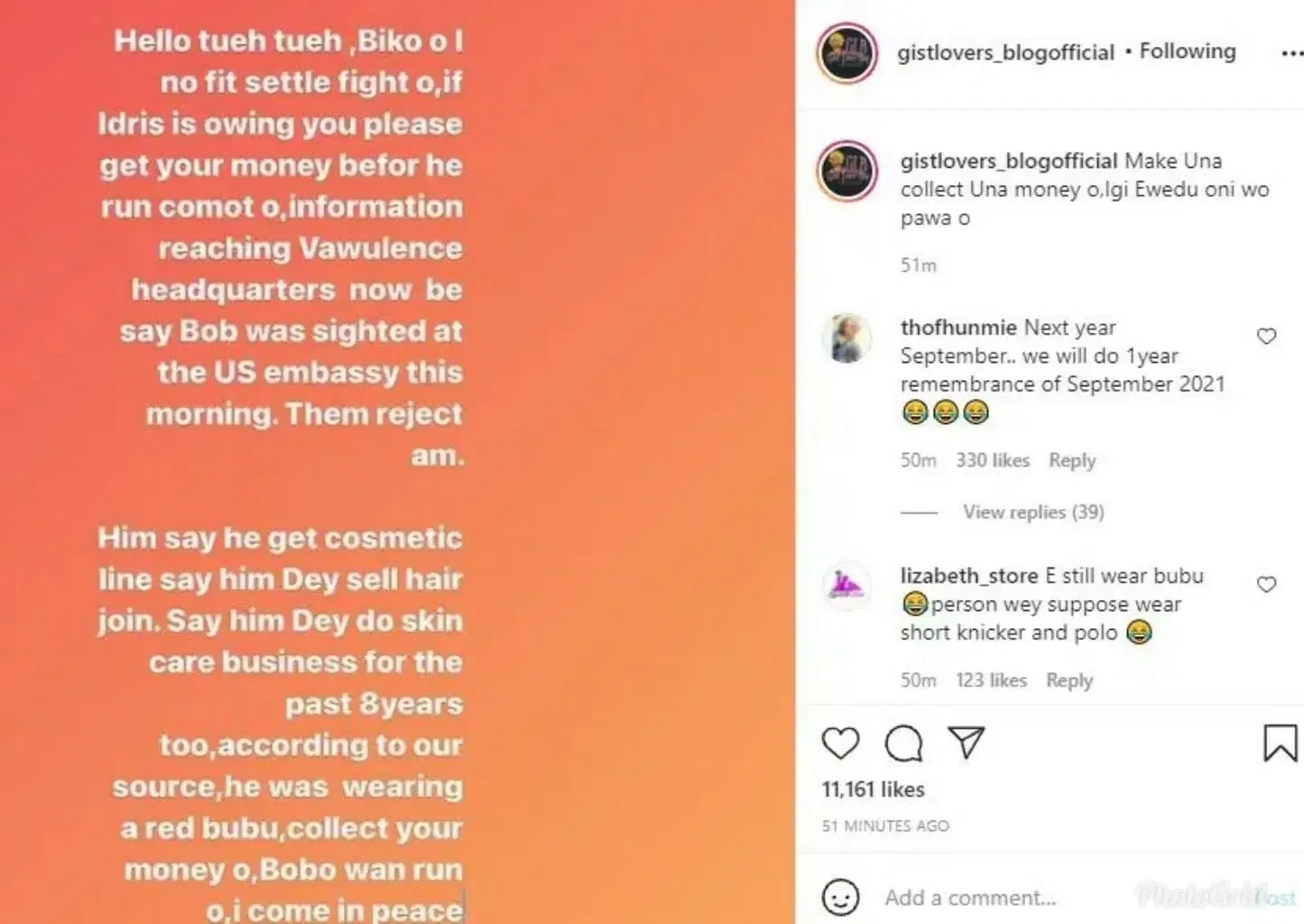